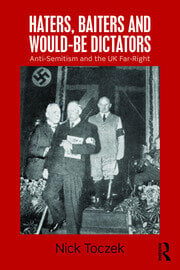 For fifty-five years, from 1919 until 1975, The Britons published Jew-hating literature. For the forty years until his death in 1948, the founder and president of The Britons, Henry Hamilton Beamish, devoted his life to touring the world as an obsessive preacher of this hatred. Using material he has collected over the past thirty years, Nick Toczek tells their story. This is the first complete history of The Britons, which was the most prolific and influential advocate of extreme prejudice against all things Jewish – not least as the publishers of that notorious forgery, The Protocols of the Elders of Zion. Likewise, his is the first biography of Beamish.

Putting both The Britons and Beamish into context, this book also examines and explains their precursors, their contemporaries and their legacy. Here, then are detailed accounts of hundreds of anti-Jewish organisations and individuals. These include the late-Victorian anti-Semitism of Arnold White and the British Brothers League; the curious life of Rotha Lintorn Orman who was the unlikely founder of British Fascisti, Britain’s first fascist party; Anglo-American supporters of Hitler; the lives and roles of extreme haters such as Arnold Leese and Colin Jordan; and the whole history of The Protocols, including the key role played by American motor magnate, Henry Ford. This shocking history of hatred takes us from South Africa to Nazi Germany, America to Rhodesia.

Nick Toczek is a writer, performer and political researcher. He has published more than forty books, many of which are of his poetry. As a visiting writer and tutor, he’s worked with pupils from over 5,000 schools throughout the UK and in fifty countries worldwide. This is his first full-length political book. 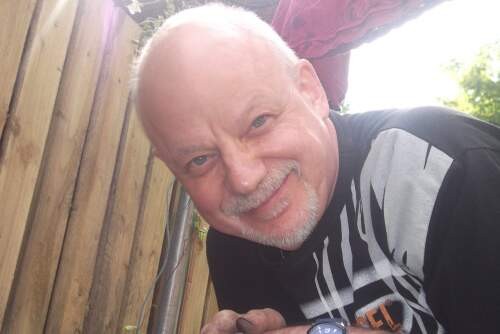 "This is a very detailed account of the British anti-Semites of the first half of the twentieth century, the hard-core handful who believed that the Protocols of the Elders of Zion really was a blueprint for Jewish domination of the world and devoted their lives to propounding this belief. Toczek concentrates on Henry Beamish, the founder of this dismal dynasty, but we also learn about the Protocols British publisher, The Britons, Arnold Leese – Beamish’s successor – and Colin Jordan, the last in the line….After decades of research by Toczek, we have their lives, their finances, their beliefs, their disputes, their correspondence and their publications laid before us…[An] impressive bit of research. -- "Robin Ramsay, Lobster Magazine, Issue 71

"Toczek provides a detailed and fascinating overview of the development and activities of the extreme right wing in Britain throughout the 20th century and for anyone wishing to know more about these shady and dangerous organisations his book is a mine of information." -- John Green, Morning Star, 17/05/2016

"Toczek has provided a useful and timely study with his examination of the Britons and their founder, H. H. Beamish. In addition to Beamish, we are provided with details about the other Britons' members, their publications and their connections. Toczek has expanded upon our knowledge of an under-studied organisation and shown that extreme groups can have long-lasting impacts and influences, even when they attract relatively few members." -- Paul Blanchard, Reviews in History August 2016

"The strength of the book is the story he tells, especially regarding the life and impact of the founder of the Britons Publishing Society, Henry Hamilton Beamish, and the nature and impact of this tiny organisation...This volume is particularly significant as it offers the first comprehensive study of this organisation’s roots in Britain’s pre-existing cultures of anti-Semitism, analysis of its heyday in interwar Britain, and also an examination of its legacy, cultivating arguments claiming the existence of a Jewish plot to control the world that can still be detected in the extreme right today." -- Dr Paul Jackson, Searchlight 2016

"Recommended for specialists in the history of anti-Semitism." -- CHOICE, October 2016