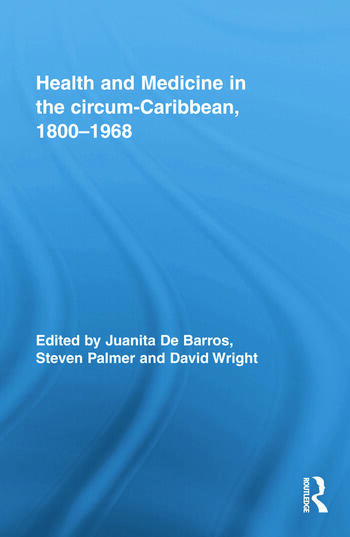 Health and medicine in colonial environments is one of the newest areas in the history of medicine, but one in which the Caribbean is conspicuously absent. Yet the complex and fascinating history of the Caribbean, borne of the ways European colonialism combined with slavery, indentureship, migrant labour and plantation agriculture, led to the emergence of new social and cultural forms which are especially evident the area of health and medicine. The history of medical care in the Caribbean is also a history of the transfer of cultural practices from Africa and Asia, the process of creolization in the African and Asian diasporas, the perseverance of indigenous and popular medicine, and the emergence of distinct forms of western medical professionalism, science, and practice.

This collection, which covers the French, Hispanic, Dutch, and British Caribbean, explores the cultural and social domains of medical experience and considers the dynamics and tensions of power. The chapters emphasize contestations over forms of medicalization and the controls of public health and address the politics of professionalization, not simply as an expression of colonial power but also of the power of a local elite against colonial or neo-colonial control. They pay particular attention to the significance of race and gender, focusing on such topics as conflicts over medical professionalization, control of women’s bodies and childbirth, and competition between ‘European’ and ‘Indigenous’ healers and healing practices. Employing a broad range of subjects and methodological approaches, this collection constitutes the first edited volume on the history of health and medicine in the circum-Caribbean region and is therefore required reading for anyone interested in the history of colonial and post-colonial medicine.

Chapter One: "…For the benefit of the planters and the benefit of Mankind…", The Struggle to Control Midwives and Obstetrics on St. Croix, Danish West Indies, 1800-1848

Chapter Two: ""Any elderly, sensible, prudent woman": The Practice and Practitioners of Midwifery during Slavery in the British Caribbean

By Tara A. Inniss

Chapter Three: From the Plantation to the Academy: Slavery and the Production of Cuban Medicine in the Nineteenth Century

Chapter Four: Race and the Authorization of Biomedicine in Yucatán, Mexico

Chapter Seven: The Politics of Professionalization: Puerto Rican Physicians during the Transition from Spanish to U.S. Colonialism

Chapter Eight: "Improving the Standard of Motherhood": Infant Mortality and the "Mothercraft" Movement in British Guiana

Chapter Nine: Health in the French Antilles: The Impact of the First World War

Chapter Ten: The Difficulty of Unhooking the Hookworm: The Rockefeller Foundation, Grace Schneiders-Howard, and Public Health Care in Suriname in the Early Twentieth Century

Chapter Eleven: Public Health and Women in Trinidad and Tobago, 1939-1962

Juanita De Barros is an associate professor in the Department of History at McMaster University. Her research concentrates on urban history and the history of public health and health workers in the British Caribbean. She written and co-edited several books and numerous articles on Caribbean history. Most recently, she co-edited (along with Audra Diptee and David Trotman) a collection of essays on recent Caribbean historiography (Beyond Fragmentation: Perspectives on Caribbean History, 2006).

Steven Palmer is Canada Research Chair in History of International Health at the University of Windsor. He has published a number of books and articles on the history of nationalism, education, social policy, medicine and public health in Costa Rica. His book, Launching Global Health: The Caribbean Odyssey of the Rockefeller Foundation, will be published in 2009. He is currently completing research on the politics of Cuban medicine in the age of bacteriology and US empire.

David Wright is the Hannah Chair in the History of Medicine at McMaster University in Hamilton, Canada. He is the author and co-editor of six books and two dozen articles on the history of mental health and psychiatry, including, most recently (with John Weaver, eds.), Histories of Self-Destruction: Suicide in the Modern Western World (2008).