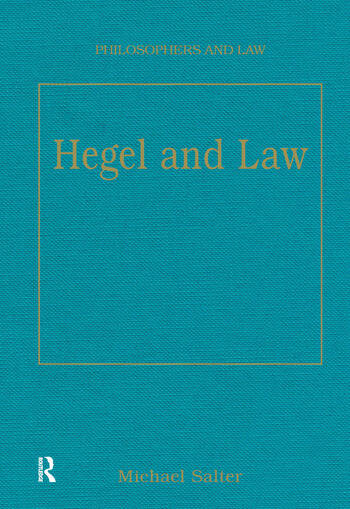 This work brings together a collection of essays on the contemporary relevance of, and outstanding issues in, Hegel’s legal theory. Particular attention is paid to the different parts of the legal curriculum which Hegelian analysis could contribute to in a positive manner.

'This collection should be essential reading for everyone interested in legal and constitutional theory. Michael Salter and his authors have succeeded in showing that Hegel, through his contemporary interpreters, continues to play a relevant and controversial role in a wide range of scholarly debates, from the critique of liberalism and rights, to gender issues.' Professor Bill Bowring, London Metropolitan University, UK