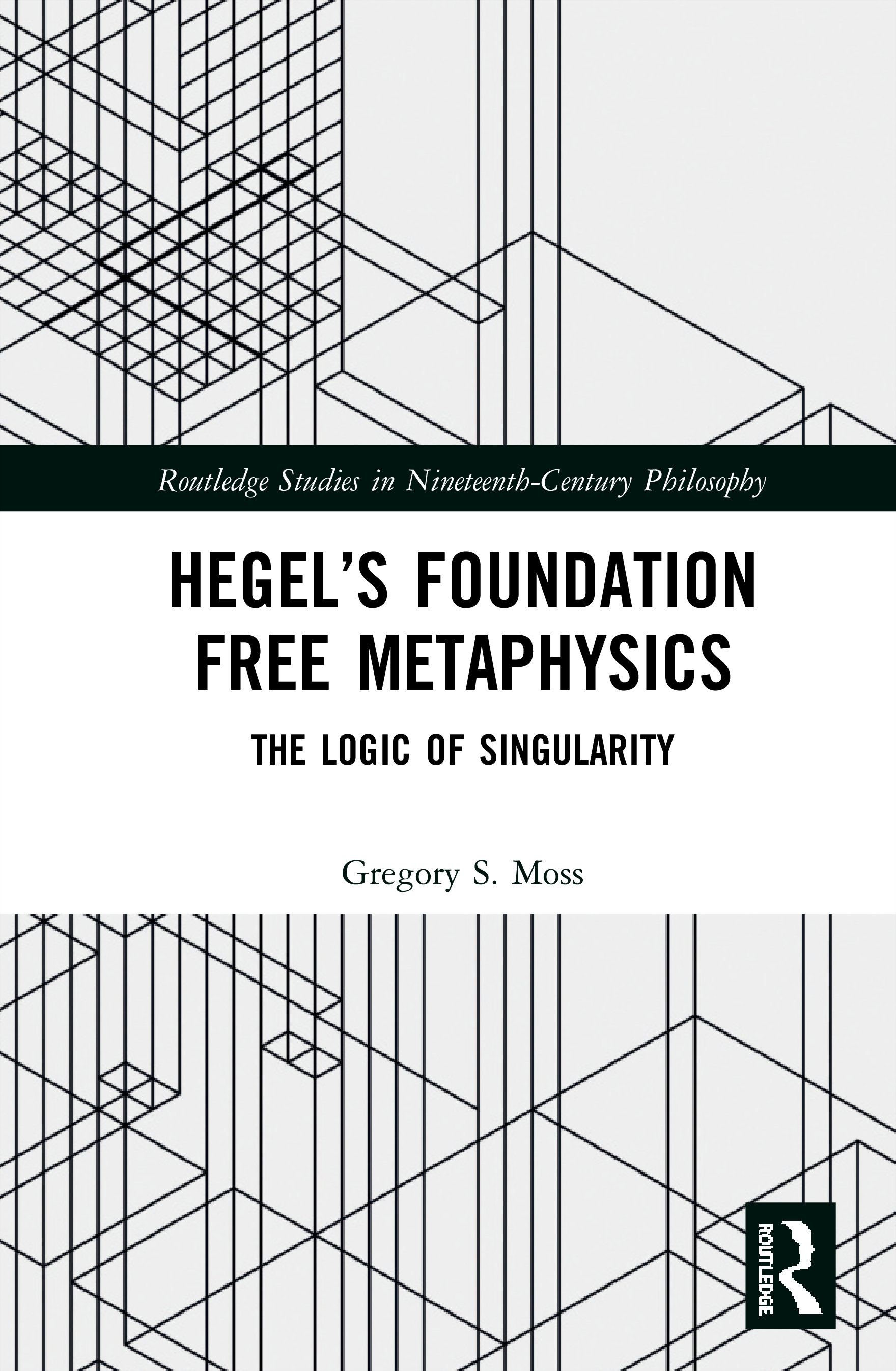 The Logic of Singularity, 1st Edition

Contemporary philosophical discourse has deeply problematized the possibility of absolute existence. Hegel’s Foundation Free Metaphysics demonstrates that by reading Hegel’s Doctrine of the Concept in his Science of Logic as a form of Absolute Dialetheism, Hegel’s logic of the concept can account for the possibility of absolute existence. Through a close examination of Hegel’s concept of self-referential universality in his Science of Logic, Moss demonstrates how Hegel’s concept of singularity is designed to solve a host of metaphysical and epistemic paradoxes central to this problematic. He illustrates how Hegel’s revolutionary account of universality, particularity, and singularity offers solutions to six problems that have plagued the history of Western philosophy: the problem of nihilism, the problem of instantiation, the problem of the missing difference, the problem of absolute empiricism, the problem of onto-theology, and the third man regress. Moss shows that Hegel’s affirmation and development of a revised ontological argument for God’s existence is designed to establish the necessity of absolute existence. By adopting a metaphysical reading of Richard Dien Winfield’s foundation free epistemology, Moss critically engages dominant readings and contemporary debates in Hegel scholarship. Hegel’s Foundation Free Metaphysics will appeal to scholars interested in Hegel, German Idealism, 19th- and 20th-century European philosophy, metaphysics, epistemology, and contemporary European thought.

"Hegel stands out for having expressly linked the logic of singularity with the autonomy of thought that can liberate reason from the given and enable philosophy to be self-determining and fully self-responsible. Few subsequent commentators on Hegel’s work have focused on this connection, obscuring how Hegel develops a foundation free metaphysics in which the logic of freedom coincides with the logic of the concept. Gregory Moss’ Hegel’s Foundation Free Metaphysics is an ambitious exception to this neglect. Moss offers us a comprehensive enlightening journey through the seminal turning points in the history of Western Philosophy, exposing how the recurring efforts to overcome dogmatic presuppositions has dovetailed with the attempts to unravel the relation between the universal and the singular." -- Richard Dien Winfield, University of Georgia, USA

Part I: The Problem of Absolute Being

1. The Problem of Nihilism in Early German Idealism

2. The Problem of Nihilism in Neo-Platonism

3. Dual Principles of Truth and the Problem of Instantiation

4. The Logic of the Finite Concept

5. The Problem of the Missing Difference and Absolute Empiricism

8. Hegel’s Logic of the Concept: The Concept of Self-Particularization

9. Relative Dialetheism: The No World View

10. Hegel’s Solution to the Problem of Absolute Knowledge

11. Hegel’s Ontological Argument: The Existence of the Absolute

12. Forms of Ideality in Hegel’s Logic: Being, Essence, and Concept

13. The Logic of Singularity