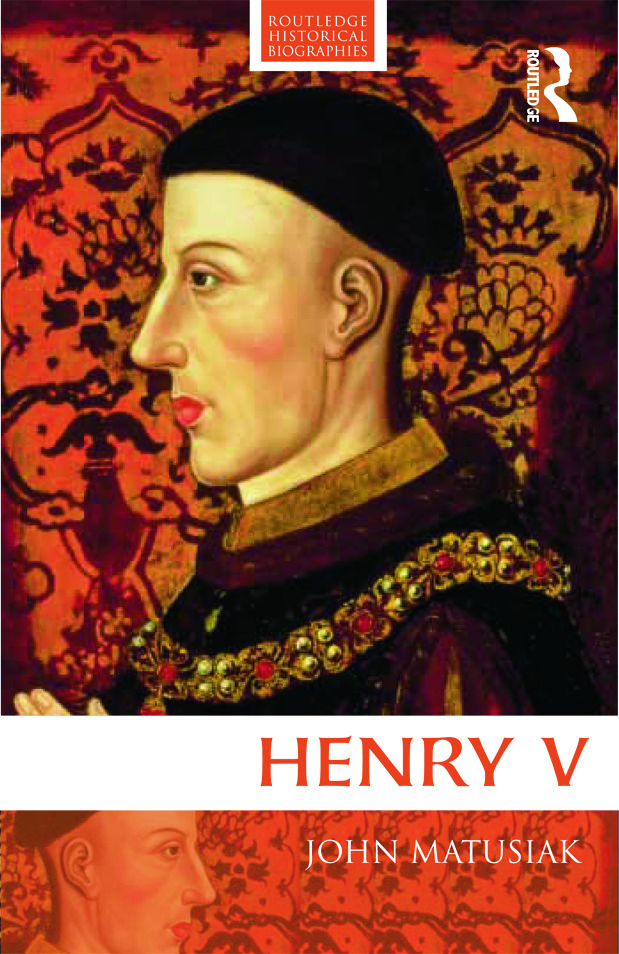 Henry V of England, the princely hero of Shakespeare’s play, who successfully defeated the French at the Battle of Agincourt and came close to becoming crowned King of France, is one of the best known and most compelling monarchs in English history. This new biography takes a fresh look at his entire life and nine year reign, and gives a balanced view of Henry, who is traditionally seen as a great hero but has been more recently depicted as an obsessive egotist or, worse, a ruthless warlord. The book locates Henry’s style of kingship in the context of the time, and looks at often neglected other figures who influenced and helped him, such as his father and his uncles, Henry and Thomas Beaufort. John Matusiak shows that the situation confronting Henry at the outset of his reign was far more favourable than is often supposed but that he was nonetheless a man of prodigious gifts whose extraordinary achievements in battle left the deepest possible impression upon his contemporaries.

"This is a vivid retelling of the traditional view of Henry V. Perhaps the fact that after reading it I felt even greater distaste than before for the man and all his works is testimony to the book’s quality." - A.J. Pollard, Teesside University, UK