Heritage, Labour and the Working Classes 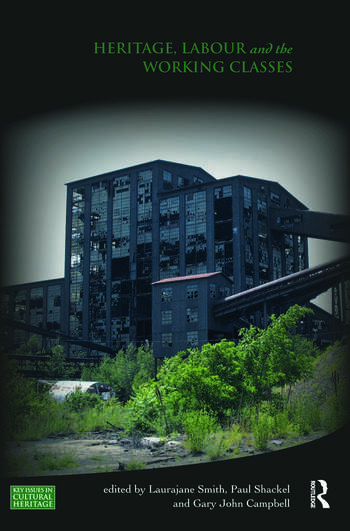 Heritage, Labour and the Working Classes

Heritage, Labour and the Working Classes is both a celebration and commemoration of working class culture. It contains sometimes inspiring accounts of working class communities and people telling their own stories, and weaves together examples of tangible and intangible heritage, place, history, memory, music and literature.

Rather than being framed in a 'social inclusion' framework, which sees working class culture as a deficit, this book addresses the question "What is labour and working class heritage, how does it differ or stand in opposition to dominant ways of understanding heritage and history, and in what ways is it used as a contemporary resource?" It also explores how heritage is used in working class communities and by labour organizations, and considers what meanings and significance this heritage may have, while also identifying how and why communities and their heritage have been excluded. Drawing on new scholarship in heritage studies, social memory, the public history of labour, and new working class studies, this volume highlights the heritage of working people, communities and organizations. Contributions are drawn from a number of Western countries including the USA, UK, Spain, Sweden, Australia and New Zealand, and from a range of disciplines including heritage and museum studies, history, sociology, politics, archaeology and anthropology.

Heritage, Labour and the Working Classes represents an innovative and useful resource for heritage and museum practitioners, students and academics concerned with understanding community heritage and the debate on social inclusion/exclusion. It offers new ways of understanding heritage, its values and consequences, and presents a challenge to dominant and traditional frameworks for understanding and identifying heritage and heritage making.

Laurajane Smith is ARC Future Fellow in the Research School of Humanities and the Arts, the Australian National University, Canberra. Her previous publications include Archaeological Theory and the Politics of Cultural Heritage (2004); Uses of Heritage (2006) and Intangible Heritage (with Natsuko Akagawa, 2008). She is editor of the International Journal of Heritage Studies.

Paul Shackel is Professor and Chair of the Department of Anthropology at the University of Maryland. He has written several articles and books on labour, including The Archaeology of American Labor and Working-Class Life (2009) and Culture Change and the New Technology: An Archaeology of the Early American Industrial Era (1996).

Gary Campbell is an independent researcher. He has worked and published with Laurajane Smith on working class heritage, and has a background in industrial sociology and political science. He has worked as a researcher for the Australian Manufacturing Workers Union.