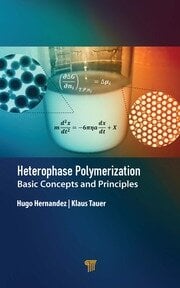 Hugo Hernandez is an independent researcher and consultant at ForsChem Research, Medellín, Colombia, since 2015. He graduated with honours in chemical engineering from the Industrial University of Santander, Colombia, in 2000. He received his master’s degree in chemical engineering from the National University of Colombia in 2004. In 2008, he earned his PhD (Dr. rer. nat.) in colloid chemistry summa cum laude from the University of Potsdam, Germany, under the supervision of Dr. Klaus Tauer. Between 2006 and 2010, he was associated with Dr. Tauer’s Heterophase Polymerization Research Group at the Max Planck Institute of Colloids and Interfaces, Golm, Germany. Dr. Hernandez’s industrial experience of 15 years with Andercol S.A., Colombia, a polymers and chemicals company, includes holding positions of process engineer, project leader, research and development scientist, and research and development manager. His current research interests include stochastic modeling of chemical processes, multiscale modeling, heterophase polymerization, and green chemistry.

Klaus Tauer retired from the Department of Colloid Chemistry, Max Planck Institute of Colloids and Interfaces, Golm, Germany, in 2017, which he had joined in 1992. He graduated in chemistry in 1974 and received his PhD (Dr. rer. nat.) in polymer chemistry in 1977 from the Friedrich-Schiller University in Jena, Thuringia, Germany. Dr. Tauer then became a scientific coworker in the Institute for Polymer Chemistry of the Academy of Sciences, Teltow-Seehof (former German Democratic Republic), where he conducted studies on emulsion polymerization of vinyl chloride. He finished these studies in 1987 with a habilitation in polymer chemistry.