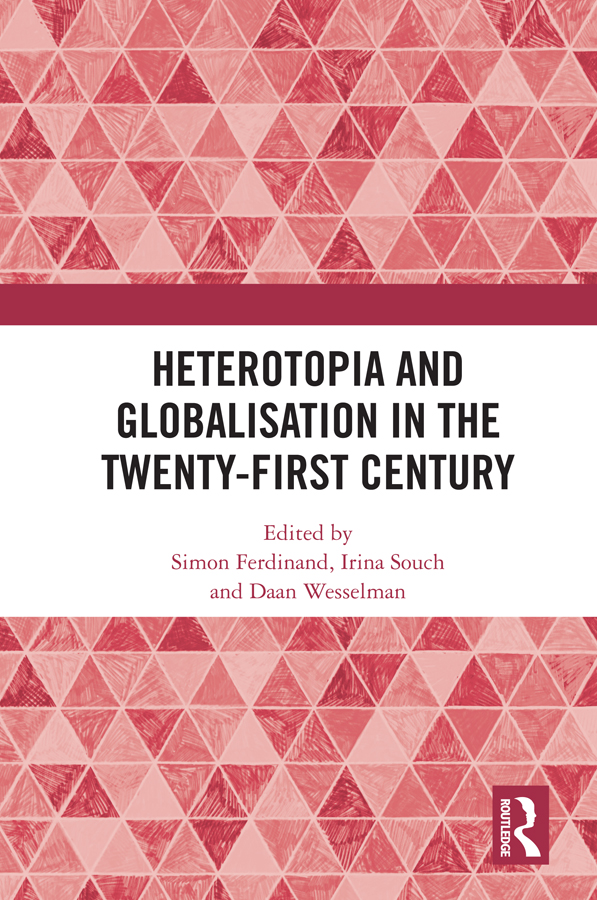 Heterotopia and Globalisation in the Twenty-First Century

Can heterotopia help us make sense of globalisation? Against simplistic visions that the world is becoming one, Heterotopia and Globalisation in the Twenty-First Century shows how contemporary globalising processes are riven by heterotopian tension and complexities.

A heterotopia, in Michel Foucault’s initial formulations, describes the spatial articulation of a discursive order, manifesting its own distinct logics and categories in ways that refract or disturb prevailing paradigms. While in the twenty-first century the concept of globalisation is frequently seen as a tumultuous undifferentiation of cultures and spaces, this volume breaks new ground by interrogating how heterotopia and globalisation in fact intersect in the cultural present. Bringing together contributors from disciplines including Geography, Literary Studies, Architecture, Sociology, Film Studies, and Philosophy, this volume sets out a new typology for heterotopian spaces in the globalising present. Together, the chapters argue that digital technologies, climate change, migration, and other globalising phenomena are giving rise to a heterotopian multiplicity of discursive spaces, which overlap and clash with one another in contemporary culture.

This volume will be of interest to scholars across disciplines who are engaged with questions of spatial difference, globalising processes, and the ways they are imagined and represented.

Irina Souch is Lecturer in the Department of Modern Foreign Languages and Cultures of the University of Amsterdam and Research Fellow at the Amsterdam School of Cultural Analysis (ASCA). She is author of Popular Tropes of Identity in Contemporary Russian Television and Film (Bloomsbury 2017). Her current work addresses narrative, aesthetic, and political functions of landscape in serial television drama and film.

is Lecturer in Literary and Cultural Analysis at the University of Amsterdam. Always trying to bridge the humanities and urban studies, he focuses particularly on postindustrial urban redevelopment and the material-discursive interfaces between the body, the city, and everyday life.