High spatial resolution remote sensing is an area of considerable current interest and builds on developments in object-based image analysis, commercial high-resolution satellite sensors, and UAVs. It captures more details through high and very high resolution images (10 to 100 cm/pixel). This unprecedented level of detail offers the potential extraction of a range of multi-resource management information, such as precision farming, invasive and endangered vegetative species delineation, forest gap sizes and distribution, locations of highly valued habitats, or sub-canopy topographic information. Information extracted in high spatial remote sensing data right after a devastating earthquake can help assess the damage to roads and buildings and aid in emergency planning for contact and evacuation.

Qihao Weng is the Director of the Center for Urban and Environmental Change and a Professor at Indiana State University, and worked as a Senior Fellow at the National Aeronautics and Space Administration from December 2008 to December 2009. He received his Ph.D. degree from the University of Georgia in 1999. Weng is currently the Lead of Group on Earth Observation (GEO) Global Urban Observation and Information Initiative, and serves as an Editor-in-Chief of ISPRS Journal of Photogrammetry and Remote Sensing and the Series Editor of Taylor & Francis Series in Remote Sensing Applications. He has been the Organizer and Program Committee Chair of the biennial IEEE/ISPRS/GEO sponsored International Workshop on Earth Observation and Remote Sensing Applications conference series since 2008, a National Director of American Society for Photogrammetry and Remote Sensing from 2007 to 2010, and a panelist of U.S. DOE’s Cool Roofs Roadmap and Strategy in 2010. In 2008, Weng received a prestigious NASA senior fellowship. He is also the recipient of the Outstanding Contributions Award in Remote Sensing in 2011 and the Willard and Ruby S. Miller Award in 2015 for his outstanding contributions to geography, both from the American Association of Geographers. In 2005 at Indiana State University, he was selected as a Lilly Foundation Faculty Fellow and in the following year, he also received the Theodore Dreiser Distinguished Research Award. In addition, he was the recipient of 2010 Erdas Award for Best Scientific Paper in Remote Sensing (1st place) and 1999 Robert E. Altenhofen Memorial Scholarship Award, which were both awarded by American Society for Photogrammetry and Remote Sensing. He was also awarded the Best Student-Authored Paper Award by International Geographic Information Foundation in 1998. Weng has been invited to give 100 talks by organizations and conferences held in U.S.A., Canada, China, Brazil, Greece, UAE, and Hong Kong. Weng’s research focuses on remote sensing applications to urban environmental and ecological systems, land-use and land-cover changes, urbanization impacts, environmental modeling, and human-environment interactions. Weng is the author of 210 articles and 10 books. According to Google Scholar, as of October 2017, his SCI citation reached 12,227 (H-index of 50), and 28 of his publications had more than 100 citations each. Weng’s research has been supported by funding agencies that include NSF, NASA, USGS, USAID, NOAA, National Geographic Society, European Space Agency, and Indiana Department of Natural Resources. 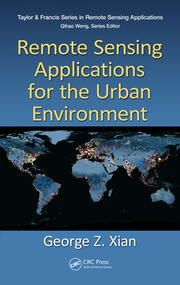 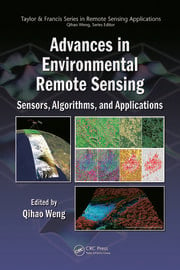 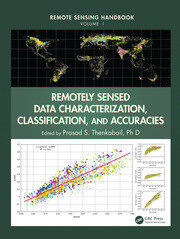