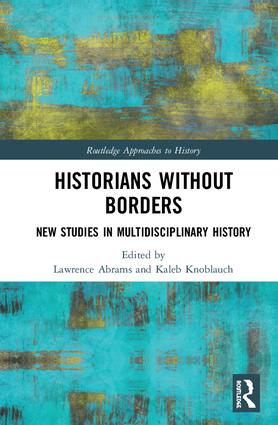 Introduction: History and the Other Muses

The Rubble of the Other: Beethoven’s Ruins of Athens

"Praise the Lord and Pass the Ammunition": Propaganda Music as a Governmental Marketing Tool During the WWII Era

Can the Subaltern Laugh? A Study of Humor, Power and Resistance

Common Quest: The Search for the Everyday Person in the Merovingian Age

Geophysical Agency in the Anthropocene: Engineering a Road and River to Rocky Mountain National Park

Hidden in Plain Sight: Rethinking Saharan Studies as a Discipline

Forgotten: The Spanish Influenza Pandemic of 1918

Historical Realities: Voices from the War of Algerian Decolonization

Lawrence Abrams is a PhD Candidate at the University of California, Davis, specializing in Modern British History, and focusing on Scottish ethnic, national, and imperial history. His dissertation explores ideas of union and changing modes for the expression of Scottish identity in political, military, and cultural arenas. He is also working on a project investigating the relationship between comics and national identity in an international and post-colonial context in the activist comic years since 1970.

is a PhD Candidate in Modern European History at the University of California, Davis, specializing in France in the nineteenth century, with a focus on Breton and Celtic history, mass culture, gender, and identity formation. His dissertation examines the region of Brittany in the long nineteenth century to argue that increased mobility and mass culture in the Third Republic changed how French people imagined the relationship between regional and national identities.