Historians of Economics and Economic Thought 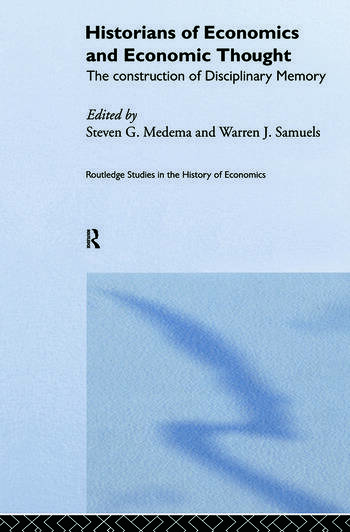 Historians of Economics and Economic Thought

The history of economic thought has always attracted some of the brightest minds in the discipline. These chroniclers of development have helped form our current views, and it is no surprise that many among them have been at the forefront of new movements in the history of ideas.

This notable collection summarizes the work of these key historians of economics and attempts to quantify their impact. Some of the writers covered, such as Friedrich Hayek and Joan Robinson, are already assured of their place among the greatest economists of the twentieth century, but the collection also stresses the influence of those still active in shaping our perceptions - including Mark Blaug, Samuel Hollander and Donald Winch.

Written by an impressive roster of contributors, many of whom are themselves well-known in the history of economic thought, this key book features writings from John Creedy, Roger Blackhouse and Neil De Marchi, as well as the editors of the collection as a whole, Warren J. Samuels and Steven Medema.