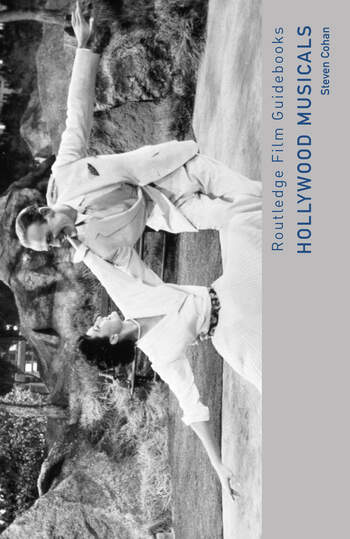 Hollywood Musicals offers an insightful account of a genre that was once a mainstay of twentieth-century film production and continues to draw audiences today.

What is a film musical? How do musicals work, formally and culturally? Why have they endured since the introduction of sound in the late 1920s? What makes them more than glittery surfaces or escapist fare? In answering such questions, this guidebook by Steven Cohan takes new and familiar viewers on a tour of Hollywood musicals. Chapters discuss definitions of the genre, its long history, different modes of analyzing it, the great stars of the classic era, and auteur directors. Highlights include extended discussions of such celebrated musicals from the studio era as The Love Parade, Top Hat, Holiday Inn, Stormy Weather, The Gang’s All Here, Meet Me in St. Louis, Cover Girl, Mother Wore Tights, Singin’ in the Rain, Gentlemen Prefer Blondes, The Band Wagon, Seven Brides for Seven Brothers, and Jailhouse Rock as well as later films such as Cabaret, All that Jazz, Beauty and the Beast, and La La Land. Cohan brings in numerous other examples that amplify and extend to the present day his claims about the musical, its generic coherence and flexibility, its long and distinguished history, its special appeal, and its cultural significance.

Clear and accessible, this guide provides students of film and culture with a succinct but substantial overview that provides both analysis and intersectional context to one of Hollywood’s most beloved genres.

Chapter 2: A Brief Account of the Long History of the Hollywood Musical

Chapter 4: Stars of the Classic Musical

Steven Cohan’s books include Masked Men: Masculinity and the Movies in the Fifties, Incongruous Entertainment: Camp, Cultural Value, and the MGM Musical, and Hollywood by Hollywood: The Backstudio Picture and the Mystique of Making Movies. He is Dean’s Distinguished Professor Emeritus at Syracuse University.