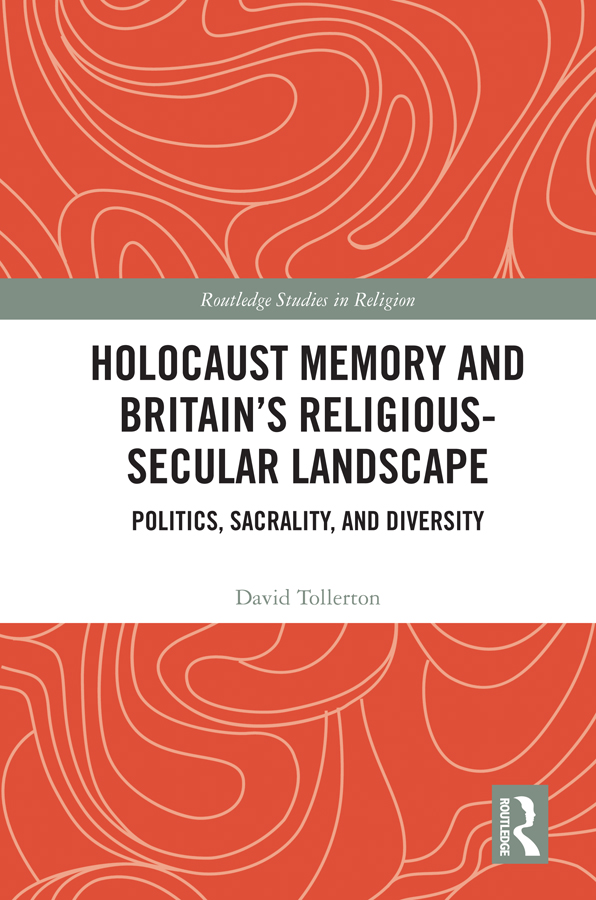 British state-supported Holocaust remembrance has dramatically grown in prominence since the 1990s. This monograph provides the first substantial discussion of the interface between public Holocaust memory in contemporary Britain and the nation’s changing religious-secular landscape.

In the first half of the book attention is given to the relationships between remembrance activities and Jewish, Muslim, Christian, and post-Christian communities. Such relationships are far from monolithic, being entangled in diverse histories, identities, power-structures, and notions of ‘British values’. In the book’s second half, the focus turns to ways in which public initiatives concerned with Holocaust commemoration and education are intertwined with evocations and perceptions of the sacred. Three state-supported endeavours are addressed in detail: Holocaust Memorial Day, plans for a major new memorial site in London, and school visits to Auschwitz. Considering these phenomena through concepts of ritual, sacred space, and pilgrimage, it is proposed that response to the Holocaust has become a key feature of Britain’s 21st century religious-secular landscape. Critical consideration of these topics, it is argued, is necessary for both a better understanding of religious-secular change in modern Britain and a sustainable culture of remembrance and national self-examination.

This is the first study to examine Holocaust remembrance and British religiosity/secularity in relation to one another. As such, it will be of keen interest to scholars of Religious Studies, Jewish studies and Holocaust Studies, as well as the Sociology of Religion, Material Religion and Secularism.

8 Consequences of the Sacred

David Tollerton is Senior Lecturer in Jewish Studies and Contemporary Religion at the University of Exeter. He was recently awarded a Leverhulme Research Fellowship for his work on religious responses to the Holocaust. His first monograph, The Book of Job in Post-Holocaust Thought, was published in 2012.