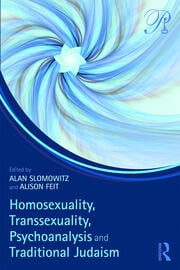 Homosexuality, Transsexuality, Psychoanalysis and Traditional Judaism explores the often incommensurable and irreconcilable beliefs and understandings of sexuality and gender in the Orthodox Jewish community from psychoanalytic, rabbinic, feminist, and queer perspectives. The book explores how seemingly irreconcilable differences might be resolved.

The book is divided into two separate but related sections. The first highlights the divide between the psychoanalytic, academic, and traditional Orthodox Jewish perspectives on sexual identity and orientation, and the acute psychic and social challenges faced by gay and lesbian members of the Orthodox Jewish world. The contributors ask us to engage with them in a dialogue that allows for authentic conversation.

The second section focuses on gender identity, especially as experienced by the Orthodox transgender members of the community. It also highlights the divide between theories that see gender as fluid and traditional Judaism that sees gender as strictly binary. The contributors write about their views and experiences from both sides of the divide. They ask us to engage in true authentic dialogue about these complex and crucial emotional and religious challenges.

Homosexuality, Transsexuality, Psychoanalysis and Traditional Judaism will be of great interest to psychoanalysts and psychoanalytic psychotherapists as well as members and leaders of Jewish communities working with LGBTQ issues.

Alison Feit, Ph.D., teaches at Stony Brook University, St. Louis Psychoanalytic Institute, and at the China American Psychoanalytic Alliance. She is an associate editor of the journal Contemporary Psychoanalysis and a member of the Artist Group, the Sexual Abuse Service, and the Trauma Service at the William Alanson White Institute in New York. She maintains a private practice in Manhattan, New York City, USA. 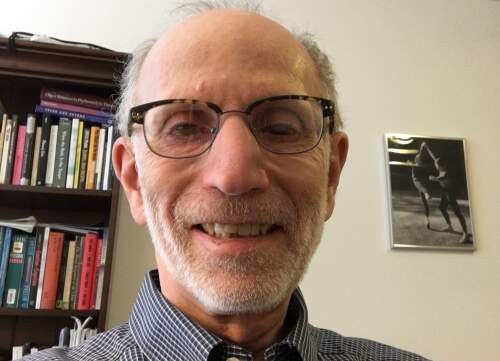 "Between these covers, psychoanalysts, feminists, rabbis, and a variety of writers on queer life and theory enter into a crucial, luminous, and downright astonishing conversation with one another. Who would have thought that such a project could be accomplished? Slomowitz and Feit, the editors, bring together a group of wonderful writers who, in turn, bring their clinical, theoretical, and spiritual resources to bear on questions that have never before been simultaneously considered. This is a work of the greatest social and moral imagination. Those who are directly involved with the issues addressed will read the book and profit from it; and so will we all."-Donnel B. Stern, Ph.D., Training and Supervising Analyst, William Alanson White Institute, New York City; Adjunct Clinical Professor of Psychology and Clinical Consultant, New York University Postdoctoral Program in Psychotherapy and Psychoanalysis

"In this wise and compassionate book, an ancient religious and hermeneutical tradition engages a very current dilemma, one that is shattering traditional assumptions about identity. It brings together psychoanalytic, rabbinic, feminist, and queer voices in addressing sex and gender in the Orthodox Jewish community; but, obviously its implications are relevant to a much larger community. The lead editor, Alan Slomowitz, an interpersonal psychoanalyst and an orthodox Jew, in the very best of both traditions, sets the tone for the subsequent chapters, exploring the conflictual and painful issues involved, without recourse to glib solutions. I heartily recommend this book. It will be of great interest to anyone, professional or lay, attempting to come to terms with our socio-cultural upheaval."-Edgar Levenson, M.D., Fellow Emeritus, Training. Supervisory Analyst and Faculty William Alanson White Institute; Honorary Member, American Psychoanalytic Association; Life Fellow, American Academy of Psychoanalysis; Distinguished Life Fellow, American Psychiatric Association; 2006 Mary S. Sigourney Award winner; author of Fallacy of Understanding; The Ambiguity of Change; The Purloined Self; and Interpersonal Psychoanalysis and the Enigma of Consciousness