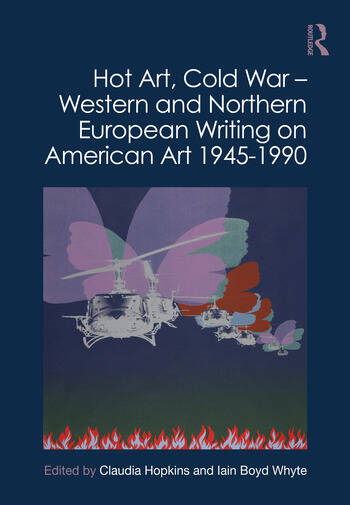 Hot Art, Cold War – Northern and Western European Writing on American Art 1945-1990 is one of two text anthologies that trace the reception of American art in Europe during the Cold War era through primary sources.

With the exception of those originally published in English, the majority of these texts are translated into English for the first time from eight languages, and are introduced by scholarly essays. They offer a representative selection of the diverse responses to American art in Great Britain, Ireland, France, Belgium, the Netherlands, West Germany (FRG), Austria, Switzerland, Denmark, Norway, Sweden, and Finland. There was no single European discourse, as attitudes to American art were determined by a wide range of ideological, political, social, cultural and artistic positions that varied considerably across the European nations.

This volume and its companion, Hot Art, Cold War – Southern and Eastern European Writing on American Art 1945-1990, offer the reader a unique opportunity to compare how European art writers introduced and explained contemporary American art to their many and varied audiences.

Whilst many are fluent in one or two foreign languages, few are able to read all twenty-five languages represented in the two volumes. These ground-breaking publications significantly enrich the fields of American art studies and European art criticism.

5. The Reception of American Art in the Netherlands - Jonneke Jobse

12. An Introduction to American Art in Finland after 1945 - Maritta Mellais

Claudia Hopkins is Senior Lecturer in History of Art at the University of Edinburgh.

Iain Boyd Whyte is Professor of Architectural History at the University of Edinburgh.