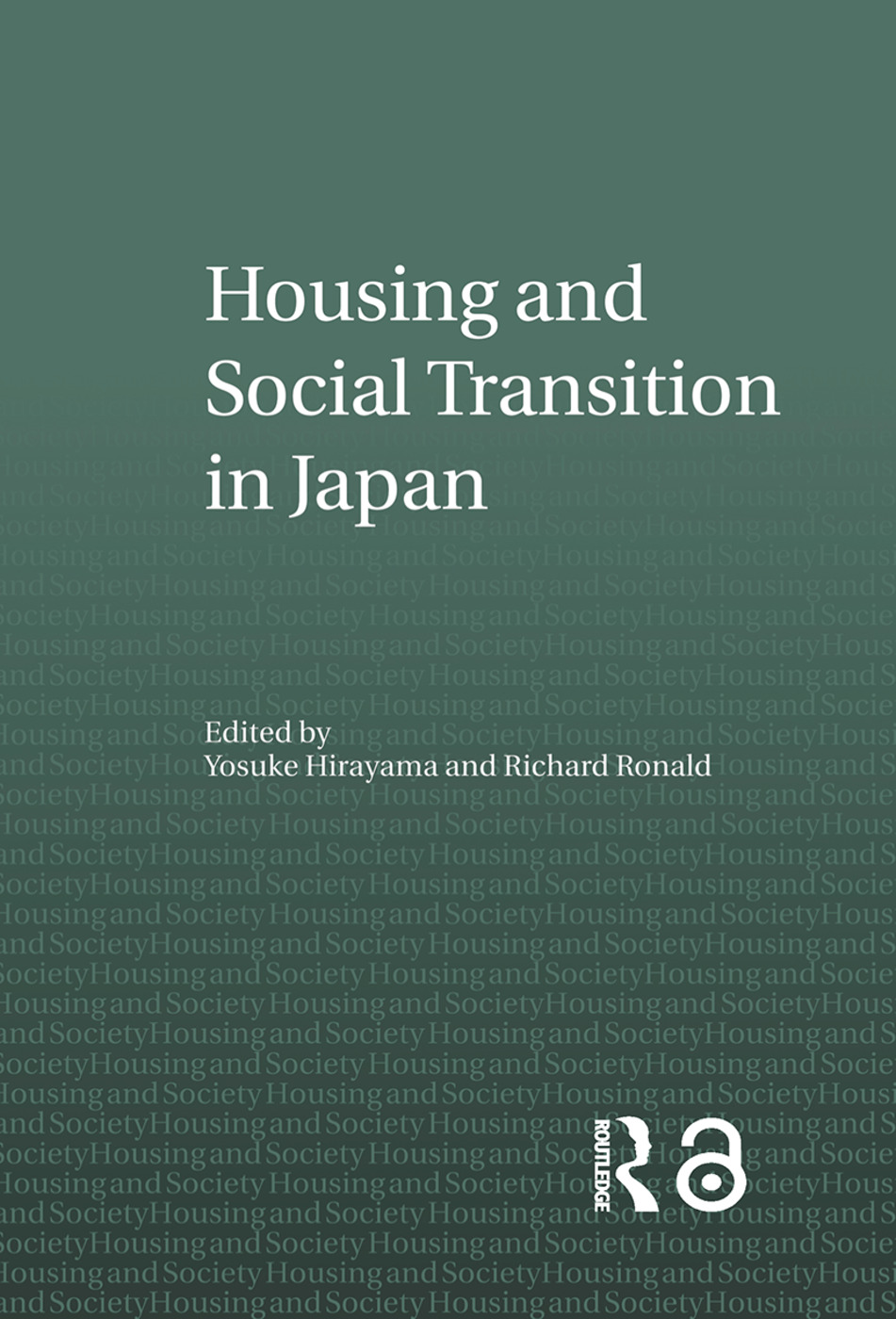 Housing and Social Transition in Japan

Bringing together a number of perspectives on the Japanese housing system, Housing and Social Transition in Japan provides a comprehensive, challenging and theoretically developed account of the dynamic role of the housing system during a period of unprecedented social and economic change in one of the most enigmatic social, political, and economic systems of the modern world.

While Japan demonstrates many of the characteristics of some western housing and social systems, including mass homeownership and consumption-based lifestyles, extensive economic growth and rapid urban modernization has been achieved in balance with traditional social values and the maintenance of the family system. Helpfully divided into three sections, Housing and Social Transition in Japan:

As well as providing challenges and insights for the academic community at large, this book also provides a good introduction to the study of Japan and its housing, economic, social and welfare system generally.

"A valuable addition to the housing literature." - Housing Studies

"…offers an engaging and fairly comprehensive overview of the context for housing in Japan." -- Journal of Urban Affairs, Vol. 37/No. 1/2015

Yosuke Hirayama is Professor of Housing and Urban Studies at Kobe University in Japan. He is the author of several books on housing and urban transformations in Japanese, and has also published widely in international housing and urban research journals. He is a founding member of the Asia Pacific Housing Research Network.