This book argues that organisms and their interactions create and maximize biodiversity. The evidence for this autocatalytic hypothesis has been collated and integrated into this provocative argument. Natural selection favors the increase of biodiversity. Organisms can be causative agents contributing to major macroevolutionary transitions. Species tend to have a net positive effect on biodiversity. All species are ecosystem engineers. Mutualism and commensalism are common and fundamental, and these coevolved interspecific interactions frequently generate enormous increases in biodiversity. Competition generally does not decrease biodiversity, and often leads to evolutionary innovation. Plants are ecosystem engineers that have made Earth more favorable to life and increased diversity in many ways. Herbivores and predators increase the diversity of the species they consume, and are necessary for ecosystem stability. Decomposers are essential to ecosystem health. All these examples illustrate the focus of this book – that organisms and their interactions stimulate biodiversity, and ecosystems maximize it.

• Describes a hypothesis that life itself generates higher biodiversity

• Suggests that mutualism and commensalism are the rule

1. Introduction: Overview and Summary of the Life Generates Biodiversity Theory. 2. Life is Spectacularly Diverse. 3. Life Regulates Greenhouse Gas Levels and Global Temperature, while Conserving Carbon. 4. Life Created the Atmosphere’s Oxygen. 5. Life Built the Soil into an Ideal Ecosystem for Life. 6. Plants Profoundly Altered the Landscape, Favoring Biology. 7. Mutualism between Species Structures Ecosystems and Caused the Evolution of High Biodiversity. 8. Commensalism Maintains High Biodiversity. 9. Predation and Parasitism Greatly Increase the Number of Species. 10. Seemingly Paradoxically, Even Competition Tends to Increase or at least Maintain Biodiversity. 11. The Microbiome and the Hologenome Theory of Evolution. 12. Viruses Create High Biodiversity. 13. Ecosystems Interact, and Help Each Other, like Mutualistic Species. 14. Life Drove the Great Increase in Biodiversity Seen in the History of Life. 15. Altruism and Co-operation are Darwinian, Common, and Adaptive, and Maintain Biodiversity. 16. Horizontal Gene Transfer Causes Macroevolutionary Leaps. 17. The Origin of Life on Earth was Highly Probable, and Systems Tend to Increase in Complexity. 18. The Earth and Solar System Act as a System to Favor Life. 19. Possible Unifying Mechanisms for Life Generates Biodiversity Theory. 20. Environmental and Other Implications of the Life Generates Biodiversity Theory.

David Seaborg is an evolutionary biologist and Director of Research for the Foundation for Biological Conservation and Research, an evolutionary biology research foundation located in Walnut Creek, California. His undergraduate degree is from the University of California at Davis in zoology, and his graduate degree is from the University of California at Berkeley, also in zoology. He founded and is President of the World Rainforest Fund, a nonprofit foundation dedicated to saving the earth’s tropical rainforests and biodiversity. He also founded and headed the Seaborg Open Space Fund, named in honor of his father, to raise money and awareness to save open space from development in central Contra Costa County. 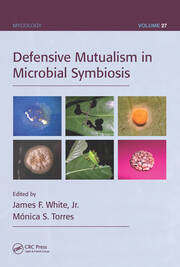 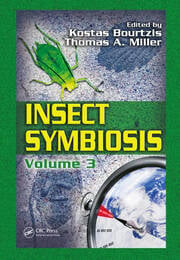 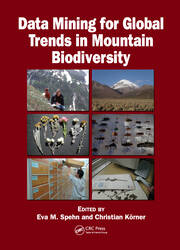