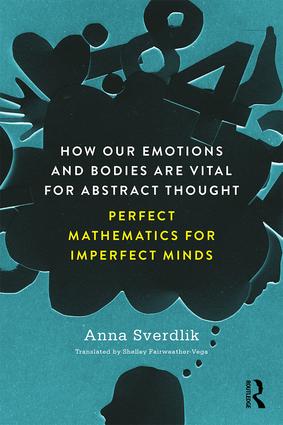 How Our Emotions and Bodies are Vital for Abstract Thought

If mathematics is the purest form of knowledge, the perfect foundation of all the hard sciences, and a uniquely precise discipline, then how can the human brain, an imperfect and imprecise organ, process mathematical ideas? Is mathematics made up of eternal, universal truths? Or, as some have claimed, could mathematics simply be a human invention, a kind of tool or metaphor?

These questions are among the greatest enigmas of science and epistemology, discussed at length by mathematicians, physicians, and philosophers. But, curiously enough, neuroscientists have been absent in the debate, even though it is precisely the field of neuroscience—which studies the brain’s mechanisms for thinking and reasoning—that ought to be at the very center of these discussions.

How our Emotions and Bodies are Vital for Abstract Thought

explores the unique mechanisms of cooperation between the body, emotions, and the cortex, based on fundamental physical principles. It is these mechanisms that help us to overcome the limitations of our physiology and allow our imperfect, human brains to make transcendent mathematical discoveries.

This book is written for anyone who is interested in the nature of abstract thought, including mathematicians, physicists, computer scientists, psychologists, and psychiatrists.

This is a remarkable book, taking on the under-investigated overlap between two

very disparate worlds: on the one hand mathematics and rationality, contrasted with

emotions and embodiment. Based on the discoveries of modern affective neuroscience,

between feelings and formal thinking, a divide almost as troubling as that between

mind and brain itself. It made me think about some old ideas in quite new ways.’

abstract thinking from a neuroscience perspective. Using mathematics as an example,

relies on our visceral system. The beauty and elegance of mathematics precisely lies

Chapter 1. The unreasonable effectiveness of mathematics

Chapter 2. Why logic is never ideal

Chapter 5. From cognition to recognition and back again

Chapter 7. How mathematics can outwit physiology

Anna Sverdlik is a clinical psychiatrist at Tel Hashomer, a major Israeli hospital. She specializes in brain injury and neurocognitive disorders.