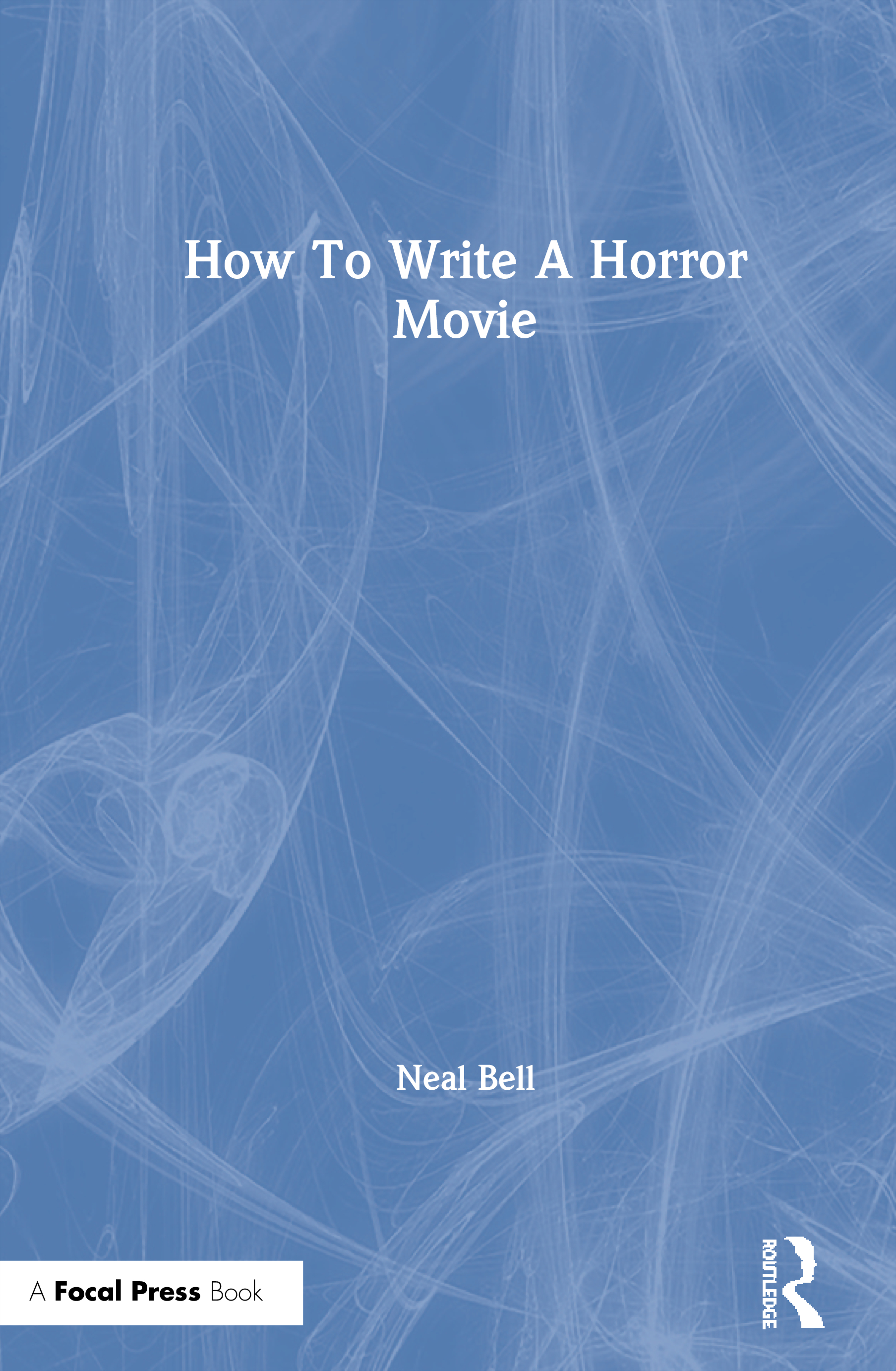 How To Write A Horror Movie

How to Write a Horror Movie is a close look at an always-popular (but often disrespected) genre. It focuses on the screenplay and acts as a guide to bringing scary ideas to cinematic life using examples from great (and some not-so-great) horror movies.

Author Neal Bell examines how the basic tools of the scriptwriter’s trade - including structure, dialogue, humor, mood, characters, and pace – can work together to embody personal fears that will resonate strongly on screen. Screenplay examples include classic works such as 1943’s I Walked With A Zombie and recent scary films that have given the genre renewed attention like writer/director Jordan Peele’s critically acclaimed and financially successful Get Out. Since fear is universal, the book considers films from around the world including the ‘found-footage’ [REC] from Spain (2007), the Swedish vampire movie, Let The Right One In (2008) and the Persian-language film Under The Shadow (2016).

The book provides insights into the economics of horror-movie making, and the possible future of this versatile genre. It is the ideal text for screenwriting students exploring genre and horror, and aspiring scriptwriters who have an interest in horror screenplays.

"Here is a book that teaches how to think like a horror writer, that demonstrates how a deep knowledge of the literature can influence a modern script, and that thoughtfully conveys the craft necessary to write the artform."

Chapter 1: "Who Goes There?": A Brief Introduction to Horror

Chapter 2: What Scares You?

Chapter 10: "Beyond This Point Are Monsters" - Digging Up Inspiration

Chapter 12: "Our name is Legion" - Varieties of Horror

Chapter 14: The Future of Horror

Neal Bell is a writer and professor of play and screenwriting at Duke University and has received grants from the Rockefeller and Guggenheim Foundations, and the National Endowment for the Arts. Winner of an Obie Award for sustained excellence in playwriting, he’s been a script consultant for HBO, and also received an Edgar Award for Best Mystery Play for Spatter Pattern.