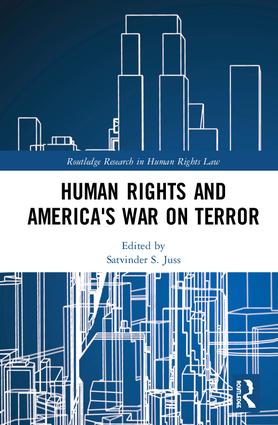 This volume examines the success of the 9/11 attacks in undermining the cherished principles of Western democracy, free speech and tolerance, which were central to US values. It is argued that this has led to the USA fighting disastrous wars in Afghanistan and Iraq, and to sanctioning the use of torture and imprisonment without trial in Guantánamo Bay, extraordinary rendition, surveillance and drone attacks. At home, it has resulted in restrictions of civil liberties and the growth of an ill-affordable military and security apparatus. In this collection the authors note the irony that the shocking destruction of the World Trade Center on 9/11 should become the justification for the relentless expansion of security agencies. Yet, this is a salutary illustration of how the security agencies in the USA have adopted faulty preconceptions, which have become too embedded within the institution to be abandoned without loss of credibility and prestige.

The book presents a timely assessment of both the human rights costs of the ‘war on terror’ and the methods used to wage and relentlessly continue that war. It will be of interest to researchers, academics, practitioners and students in the fields of human rights law, criminal justice, criminology, politics and international studies.

Chapter One: The 'Netanyahu Doctrine', The National Security Strategy of the United States of America, and the invasion of Iraq - Victor Kattan

Chapter Seven: The US Torture of Detainees in Black Sites: A Lesson from Great Britain? - Satvinder S. Juss

Satvinder Singh Juss, PhD (Cantab), FRSA, is a Professor of Law at King’s College London, a barrister-at-law practising from 3 Hare Court, Temple, London, and a Deputy Judge of the Upper Tribunal (IAC) in London and Birmingham. He is a former Human Rights Fellow at Harvard Law School, Boston.