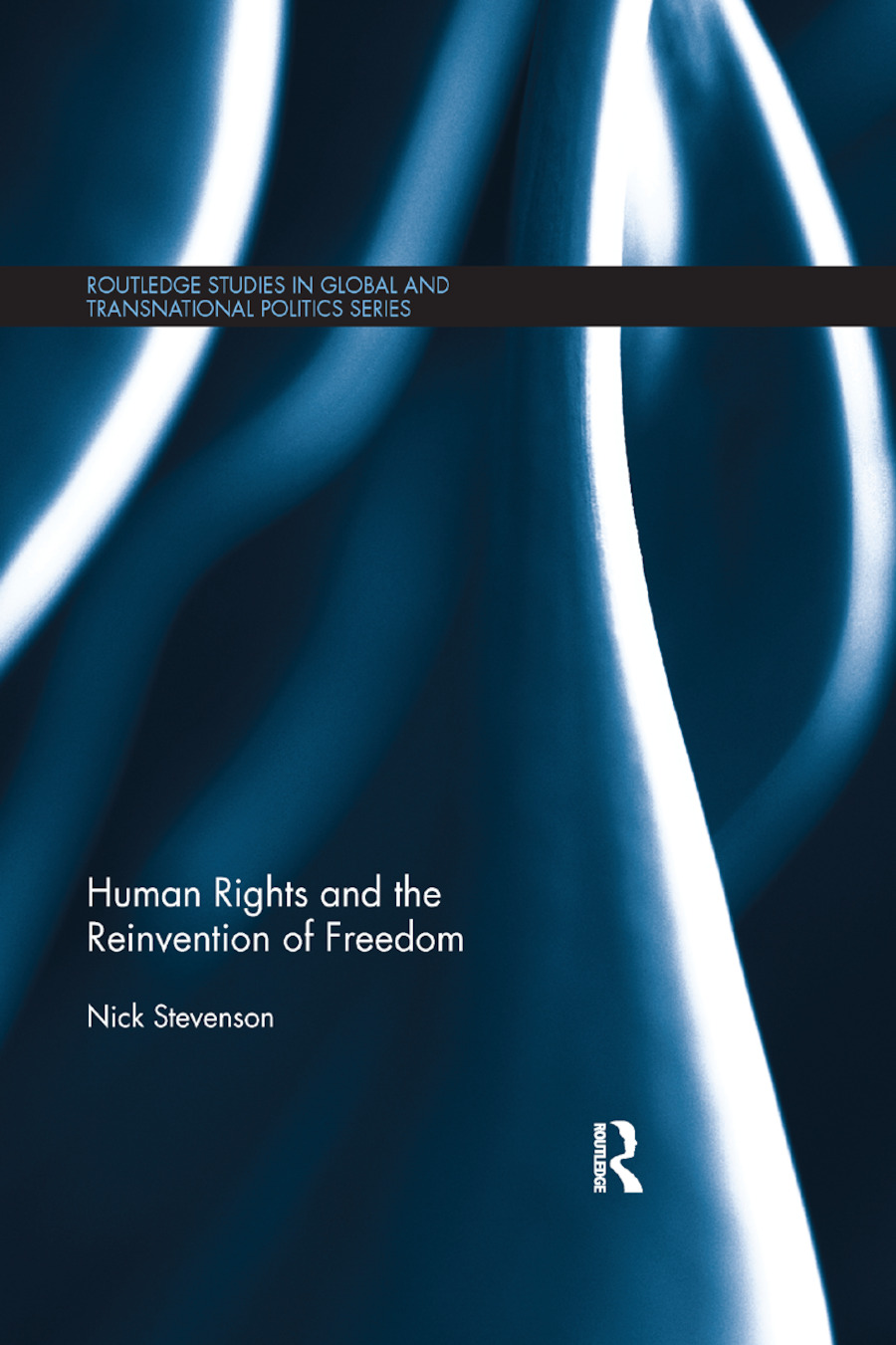 Human Rights and the Reinvention of Freedom

This volume seeks to propose a reinvention of freedom under contemporary conditions of globalization, cross-border mobility, and neo-liberal dominance. There are currently two predominant myths circulating about freedom. The first is that in a global age growing numbers of citizens are less concerned with freedom than they are with security.  Secondly, there is the presumption that freedom only refers to market freedom and consumerism, implying that the ideas of choice and consumption are interchangeable with ideas of freedom.

Stevenson argues that while these arguments are significant, they are deeply misleading. More ‘authentic’ ideas of freedom such as self-realisation, participating in politics and seeking a meaningful life of self-reflection have not been entirely displaced but have instead become reinvented in our global times. The cries of freedom can still be heard in a multitude of places from the Arab Spring to the Occupy Movement and from the protests against European austerity to the current popularity of human rights. Stevenson also argues that the idea of freedom has become increasingly mobile in our interconnected and transnational society. The spaces and places of civil society are more complex in this global age, pushing ideas of freedom far beyond the usual arena of national politics.

This volume brings together a diverse range of cultural interpretations in respect of freedom related to the idea of the commons, cosmopolitanism, contemporary documentary cinema and the history of jazz music. Exploring the ways in which notions of freedom are being re-made within the context of the present, and looking more precisely at the current threats to freedom, it will be of interest to students and scholars of globalization, human rights and cultural sociology.

2. Human Rights and the Cosmopolitan Imagination: Questions of Human Dignity and Cultural Identity.

3. The ‘Making’ and ‘Doing’ of Global Civil Society: E.P.Thompson and Cosmopolitanism

4. The Human Right to Schooling (or Education) in the Age of Global Neoliberalism

6.Human Rights and Documentary Cinema: A Democratic Pedagogic Practice in the Time of Globalisation

7.Human Rights, Post-Capitalism and the Right to be Human: The Rise of the Commons

Conclusion: The Human Right to be Human

Nick Stevenson is Reader in Cultural Sociology in the School of Sociology and Social Policy at the University of Nottingham, UK.