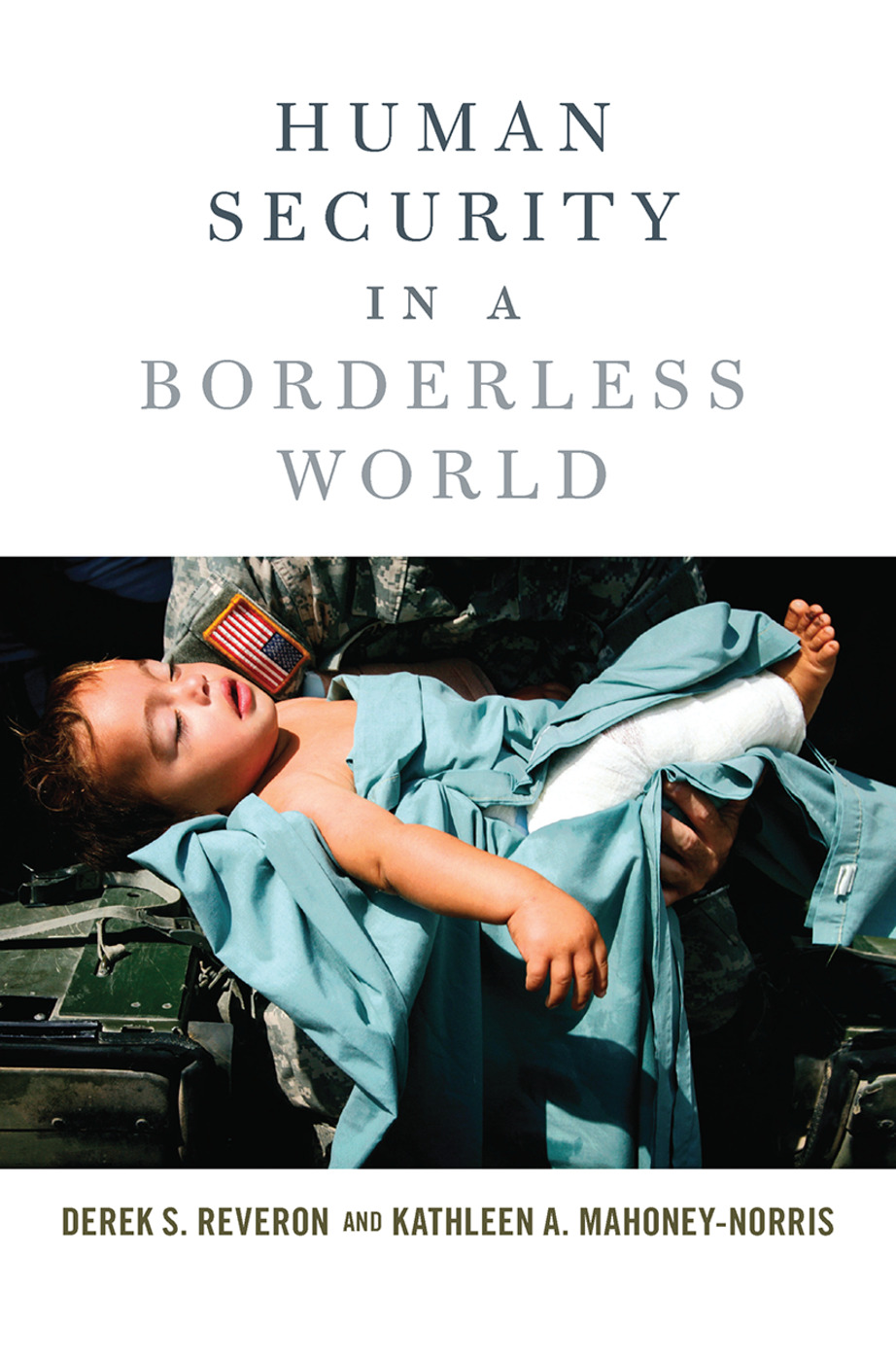 Human Security in a Borderless World

To fully understand contemporary security studies, we must move beyond the traditional focus on major national powers and big wars. Modern threats to security include issues such as globalization, climate change, pandemic diseases, endemic poverty, weak and failing states, transnational narcotics trafficking, piracy, and vulnerable information systems. Human Security in a Borderless World offers a fresh, detailed examination of these challenges that threaten human beings, their societies, and their governments today. Authors Derek S. Reveron and Kathleen A. Mahoney-Norris provide a thought-provoking exploration of civic, economic, environmental, maritime, health, and cyber security issues in this era of globalization, including thorough consideration of the policy implications for the United States. They argue that human security is now national security.This timely and engaging book is an essential text for today's courses on security studies, foreign policy, international relations, and global issues. Features include three special sections in each chapter that explain potential counterarguments about the topic under consideration; explore the policy debates that dominate the area of study; and illuminate concrete examples of security threats. Richly illustrated and accessibly written, Human Security in a Borderless World is designed to encourage critical thinking and bring the material to life for students.

Derek S. Reveron is the EMC Informationist Chair and a Professor of National Security Affairs at the Naval War College in Newport, Rhode Island. He received an MA in political science and a Ph.D. in public policy analysis from the University of Illinois at Chicago. He specializes in security cooperation, democratization, and political violence. His books include Inside Defense: Understanding the 21st Century Military (2008, co-editor), Flashpoints in the War on Terrorism (2006, co-editor), America's Viceroys: the Military and U.S. Foreign Policy (2004, editor), and Promoting Democracy in the Post-Soviet Region (2002). Before joining the Naval War College faculty, Dr. Reveron taught political science at the National Defense University and the U.S. Naval Academy. He serves on the editorial boards of the Naval War College Review and the National Intelligence Journal.

Kathleen A. Mahoney-Norris is Professor of National Security Studies at the USAF‘s Air Command and Staff College in Montgomery, Alabama; and Fellow at the USAF‘s Research Institute during 2008-2009. She received an MA in international relations from the University of Southern California, a Ph.D. in international studies from the University of Denver‘s Graduate (Korbel) School of International Studies, and is a graduate of the National War College. Dr. Mahoney-Norris specializes in civil-military relations, political repression, democratization and human rights, and Latin American security issues. She has published book chapters and journal articles on these issues, and co-edited the book Democratization and Human Rights: Challenges and Contradictions (1998). Dr. Mahoney-Norris has taught for the University of Colorado and the USAF‘s Air War College. She is on the editorial board of Joint Force Quarterly and is the Chair of the Women‘s Caucus for International Studies of the International Studies Association.