Earthen levees are extensively used to protect the population and infrastructure from periodic floods and high water due to storm surges. The causes of failure of levees include overtopping, surface erosion, internal erosion, and slope instability. Overtopping may occur during periods of flooding due to insufficient freeboard. The most problematic situation involves the levee being overtopped by both surge and waves when the surge level exceeds the levee crest elevation with accompanying wave overtopping. Overtopping of levees produces fast-flowing, turbulent water velocities on the landward-side slope that can potentially damage the protective grass covering and expose the underlying soil to erosion. If overtopping continues long enough, the erosion may eventually result in loss of levee crest elevation and possibly breaching of the protective structure. Hence, protecting levees from erosion by surge overflow and wave overtopping is necessary to assure a viable and safe levee system.

Dr. Lin Li is Professor in the Department of Civil and Environmental Engineering at Jackson State University. He got his PhD from University of Wisconsin-Madison under Prof. Craig Benson in 2004. After 1 year postdoc working experience with Prof. Tuncer Edil in 2005, he started his academic career in Jackson State University. He teaches geotechnical engineering courses, including foundation engineering, unsaturated soil mechanics, geoenvironmental engineering, advanced soil mechanics, and soil dynamics. His expertise is in innovative levee testing and protection, bio-mediated ground improvement, sustainable infrastructure and geo-environmental area. He has been principal investigator or co-principal investigator of more than fifteen major research grants from federal and state agencies with total funding amounts of $4.1 Million, including National Science Foundation, Department of Homeland Security, US Army Corps of Engineer, US Department of Transportation, Mississippi DOT, Recycled Materials Resource Center under Federal Highway Administration, Institute for Multimodal Transportation under Federal Transit Administration, mostly in the area of geotechnical engineering. Dr. Li is the author or co-author of more than 105 peer-reviewed published articles with total citation of 1957 (h-index 10). With funding support from DHS, Dr. Li’s research focuses on levee protection during the Hurricane overtopping. He has published 30 scientific papers about innovative levee strengthening and testing under full scale overtopping conditions. With funding support from NSF, Dr. Li’s research on bio-mediated ground improvement leads to more than 10 SCI-index journal articles. He got HEADWAE Award from State of Mississippi in 2017, Faculty Excellence Award Richard from JSU in 2014, and in 2015, Richard S. Ladd D18 Standards Development Award from ASTM for his effort in ASTM D7762 development. He is editorial board member of Journal of Geotechnical and Geological Engineering. He is vice chair of TRB AFP40 committee, chair of ASTM D18.14 committee, and member of ASCE committees.

Dr. Bora Cetin is an Assistant Professor in the Geotechnical and Geoenvironmental Engineering Area in the Department of Civil, Construction and Environmental Engineering at Iowa State University. He is the head of the Sustainable Geotechnical Infrastructure Group  (SGIG). His research program encompasses multiple research fields including transportation infrastructure, nuclear waste disposal, municipal solid waste landfill design, remediation of mine waste/contaminated soils, and sustainable geotechnical practices.

Dr. Farshad Amini is Professor and Chair of the Department of Civil & Environmental Engineering, Industrial Systems & Technology at Jackson State University, where he initiated a new Civil Engineering Department in 2000. He has led the development of new ABET-accredited undergraduate program, as well as graduate programs (M.S. and Ph.D.) in Civil. Environmental, Coastal and Geological Engineering. The enrollment increased at a rate of 15% per year during the last ten years. He also led the establishment of new world class civil engineering teaching and research laboratories, as well as many new research projects. He has served as the co-director of the Electron Microscope Laboratory, a multi-user core college laboratory facility, and also manages the Environmental Scanning Electron Microscope, obtained through his NSF-MRI grant. He received his BS and MS from the University of Kansas, and Ph.D. from the University of Maryland, College Park.
Professor Amini is well known for his research in levee strengthening during hurricanes, through full scale testing, numerical methods, and slope stability. This has resulted in more than 40 publications, with many in top engineering journals. In addition, professor Amini applies his expertise in various areas of geotechnical and earthquake engineering, soil and structural dynamics, levee protection, and infrastructure. He has been principal investigator or co-principal investigator of more than sixty grants including forty major research grants with eight grants from the National Science Foundation (NSF), four from the Army Research Office (ARO), two from the Department of Homeland Security (DHS), one from the Air Force Office of Scientific Research, (AFOSR), three from the U.S. Geological Survey (USGS), six from the Mississippi Department of Transportation (MDOT),eight from the DOD, one from the Navy, and several other grants from other agencies. He has published more than one hundred sixty research papers.
He served on the Editorial Board of the Journal of Geotechnical & Geoenvironmental Engineering, ASCE, the most prestigious journal in his field from 1990 through 2002. His accolades include the Faculty Productivity Award in 2006 and the University Outstanding Researcher of the Year Award in 1994, amongst his many awards. He has served as a senior Program Evaluator for the Accreditation Board for Engineering and Technology, Accreditation Engineering Commission (ABET-EAC). Dr. Amini is a Fellow of the American Society of Civil Engineers (ASCE).

Dr. Yi Pan obtained his B.S. Degree at Shandong University in China in 2006, and completed his M.S. and Ph.D. with Prof. Cuiping Kuang at Tongji University in China in 2009 and 2012, respectively. In the Ph.D. study, he joined Prof. Farshad Amini’s group at Jackson State University as a visiting scholar during July 2009 to August 2011, working on combined wave and surge overtopping and its effects on vegetated HPTRM system. He serves as an assistant professor from December 2012 to June 2016 and an associate professor after June 2016 in Hohai University, China. Until now, he has published more than 60 papers with total citation of over 100, and serve as PI for 9 research grants.

Dr. Saiyu Yuan obtained his B.S. Degree at Hohai University in China in 2009, and completed his Ph.D. with Prof. Hongwu Tang at Honghai University in China in 2014. In the Ph.D. study, he joined Prof. Lin Li’s group at Jackson State University as a visiting scholar during March 2011 to December 2012, working on turbulent combined wave and surge overtopping. His dissertation won Jiangsu Province Outstanding Doctoral Dissertation Award. He has published 20 peer reviewed articles in levee overtopping. 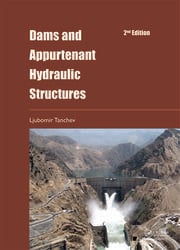 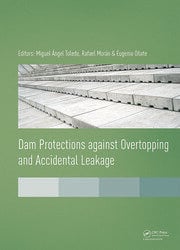 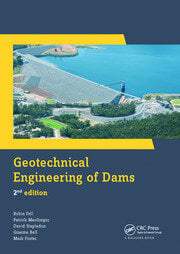