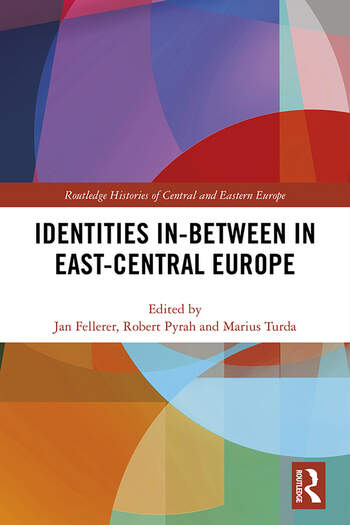 This volume addresses the question of ‘identity’ in East-Central Europe. It engages with a specific definition of ‘sub-cultures’ over the period from c. 1900 to the present and proposes novel ways in which the term can be used with the purpose of understanding identities that do not conform to the fixed, standard categories imposed from the top down, such as ‘ethnic group’, ‘majority’ or ‘minority’. Instead, a ‘sub-culture’ is an identity that sits between these categories. It may blend languages, e.g. dialect forms, cultural practices, ethnic and social identifications, or religious affiliations as well as concepts of race and biology that, similarly, sit outside national projects.

Chapter 1: The Fallacy of National Studies

Chapter 2: Hybrid Identity into Ethnic Nationalism. Aromanians in Romania during the 19th Century and the Beginning of the 20th Century

Chapter 4: The Memory of a Hurt Identity: Bucharest’s Jewish Subculture between Fiction and Non-Fiction

Chapter 5: The Moldavian Csangos as Subculture: A Case Study in Ethnic, Linguistic, and Cultural Hybridity

Chapter 6: Nazi Divisions: A Romanian-German ‘Historians’ Dispute’ at the End of the Cold War

Chapter 7: Cosmopolitanism as Subculture in the former Polish-Lithuanian Commonwealth

Chapter 9: The Past That Never Passes and the Future That Never Comes: ‘Palimpsestual’ Identity in Oleksandr Dovzhenko’s Diaries

Chapter 10: ‘Small’ Germans and ‘Half’-Germans in the Baltic Provinces at the Turn of the 20th Century

Chapter 11: A War Experience in a Bilingual Border Region: The Case of the Memel Territory

Chapter 12: (Mis)Matching Linguistic, Geographical and Ethnic Identities: The Case of the East Frisians

Chapter 13: Ethnic Identity in Other Nations’ Conflicts: Defining Frisianness in the 1920s

is Research Associate at the Faculty of Medieval and Modern Languages at Oxford University and Member of the History Faculty.