Identity Change and Foreign Policy
Japan and its 'Others' 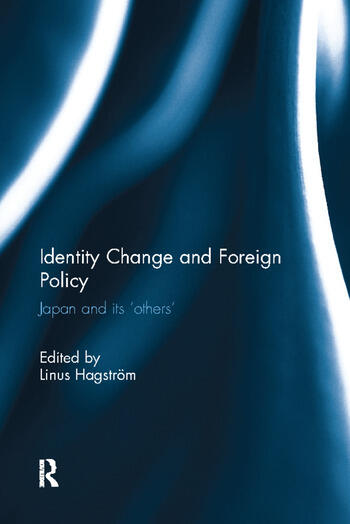 Identity Change and Foreign Policy: Japan and its 'Others'

Identity has become an explicit focus of International Relations theory in the past two to three decades, with one case attracting and puzzling many early identity scholars: Japan. These constructivist scholars typically ascribed Japan a ‘pacifist’ or ‘antimilitarist’ identity – an identity which they believed was constructed through the adherence to ‘peaceful norms’ and ‘antimilitarist culture’. Due to the alleged resilience of such adherences, little change in Japan’s identity and its international relations was predicted.

However, in recent years, Japan’s foreign and security policies have begun to change, in spite of these seemingly stable norms and culture. This book seeks to address these changes through a pioneering engagement with recent developments in identity theory. In particular, most chapters theorize identity as a product of processes of differentiation. Through detailed case analysis, they argue that Japan’s identity is produced and reproduced, but also transformed, through the drawing of boundaries between ‘self’ and ‘other’. In particular, they stress the role of emotions and identity entrepreneurs as catalysts for identity change. With the current balance between resilience and change, contributors emphasize that more drastic foreign and security policy transformations might loom just beyond the horizon. This book was originally published as a special issue of The Pacific Review.

1. Japan and identity change: why it matters in International Relations Linus Hagström and Karl Gustafsson

4. The North Korean abduction issue: emotions, securitisation and the reconstruction of Japanese identity from ‘aggressor’ to ‘victim’ and from ‘pacifist’ to ‘normal’ Linus Hagström and Ulv Hanssen

5. The rise of the Chinese ‘Other’ in Japan's construction of identity: Is China a focal point of Japanese nationalism? Shogo Suzuki

6. Identity and recognition: remembering and forgetting the post-war in Sino-Japanese relations Karl Gustafsson

Linus Hagström is East Asia Programme Director at the Swedish Institute of International Affairs and Professor of Political Science at the Swedish Defence University, Stockholm, Sweden. The author of Japan’s China Policy: A Relational Power Analysis (Routledge, 2005), he recently published articles in the European Journal of International Relations and The Pacific Review.

"The framework for understanding the role of identity in international politics—the ways in which it constrains and influences behavior— offered and utilized by these authors makes an important contribution to the broader discipline and to developing more in-depth and nuanced understandings of actors in the international system."
Clifford E. Koehler, Arizona State University