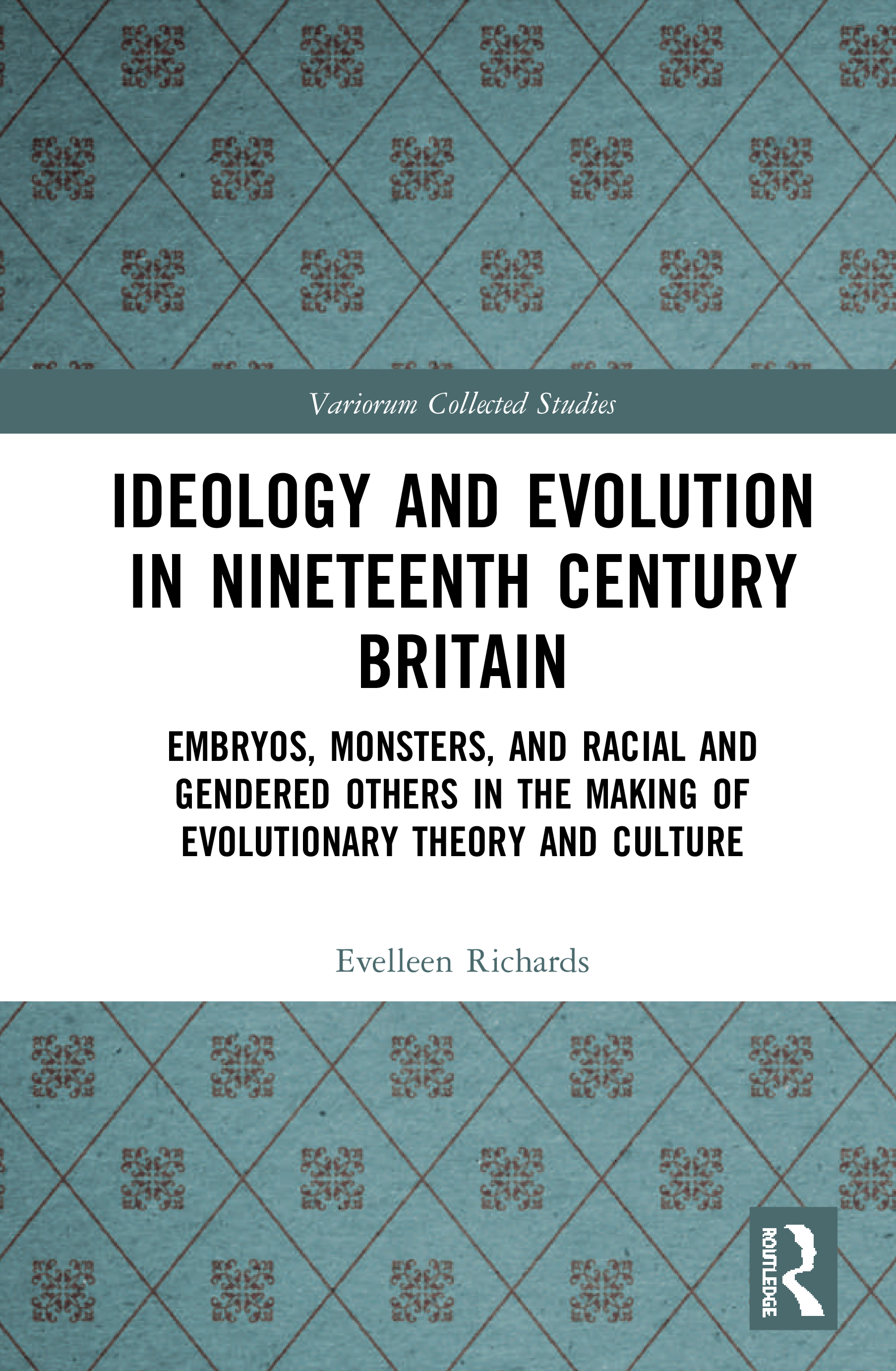 Embryos, Monsters, and Racial and Gendered Others in the Making of Evolutionary Theory and Culture, 1st Edition

Written over several decades and collected together for the first time, these richly detailed contextual studies by a leading historian of science examine the diverse ways in which cultural values and political and professional considerations impinged upon the construction, acceptance and applications of nineteenth century evolutionary theory. They include a number of interrelated analyses of the highly politicised roles of embryos and monsters in pre- and post- Darwinian evolutionary theorizing, including Darwin’s; several studies of the intersection of Darwinian science and its practitioners with issues of gender, race and sexuality, featuring a pioneering contextual analysis of Darwin’s theory of sexual selection; and explorations of responses to Darwinian science by notable Victorian women intellectuals, including the crusading anti-feminist and ardent Darwinian, Eliza Lynn Linton, the feminist and leading anti-vivisectionist Frances Power Cobbe, and Annie Besant, the bible-bashing, birth-control advocate who confronted Darwin’s opposition to contraception at the notorious Knowlton Trial.

PART I: ROMANTIC EMBRYOS, RADICAL MONSTERS, AND RACIAL OTHERS IN EVOLUTIONARY THEORISING

1. "Metaphorical mystifications": The Romantic Gestation of Nature in British Biology

3. The "Moral Anatomy" of Robert Knox: The Interplay between Biological and Social Thought in Victorian Scientific Naturalism

4. A Political Anatomy of Monsters, Hopeful and Otherwise: Teratogeny, Transcendentalism, and Evolutionary Theorising

5. Darwin and the Descent of Woman

6. Huxley and woman’s place in science: The "woman question" and the control of Victorian anthropology

8. "The greatest of all possible evils to mankind": Annie Besant vs. Darwin at the Knowlton Trial and Beyond

Evelleen Richards is Honorary Professor in the School of History and Philosophy of Science, University of Sydney. She has published widely on the social analysis of contemporary scientific and medical controversies, with particular reference to the sociology of clinical trials, and on the contextual history of evolutionary biology. Her most recent book, Darwin and the Making of Sexual Selection (2017), won the 2018 Suzanne J. Levinson Prize, awarded biennially by the History of Science Society for the "best book in the history of the life sciences and natural history".