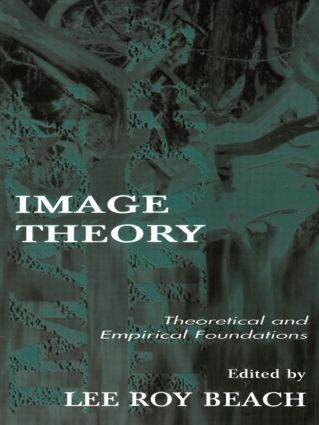 Decision making plays a major role in virtually every theory of organizational behavior. However, decision theory has not provided organizational theorists with useful descriptions of how decisions are made, either by individuals or by individuals in organizations. The earliest offering came from economics in the form of the "normative" rational view of decision making. The underlying presumption was that decision makers are all striving to maximize return or minimize loss, that decisions are based upon unlimited information, and that they have the capacity to use the information efficiently. They know the options open to them and the consequences of pursuing one or another of those options. The optimal course of action is revealed by applying the appropriate analysis and choosing the most profitable option. The key concepts are rationality, analysis, orderliness, and maximization, and even a moment's thought demonstrates the gap between these concepts and real-life experience. From the viewpoint of organizational theory, the primary problem with the normative view of decision making, and by analogy with much behavioral decision research, is its reliance on the "gamble metaphor." That is, decisions are characterized as gambles in an effort to capture the inherent risk. This metaphor has the advantage of simplicity, but it is a flawed simplicity.

This book is about a different kind of behavioral theory -- image theory. It is a psychological theory of decision making that abandons the gamble metaphor and the normative logic that the metaphor supports. Instead it sees decision making as guided by the beliefs and values that the decision maker, or a community of decision makers, holds to be relevant to the decision at hand. These beliefs and values dictate the goals of the decision. The point is to craft a course of action that will achieve these goals without interfering with the pursuit of other goals. The book begins with an overview of image theory that outlines the basic concepts of the theory and a little of its history. The next two parts correspond to the theory's two decision mechanisms, the compatibility test and the profitability test. The final section contains extensions and developments of the theory as well as cognate ideas that have their basis in the theory. This book's purpose is to provide -- in one place -- the theoretical and empirical work that has been done up to now and to suggest directions for future work.

The Organization and Management Series publishes books that establish innovative avenues of inquiry or significantly alter the course of contemporary research in an established area.

Taking a broad view of the domain of organization and management scholarship, the editors seek to publish theoretical and empirical works grounded in a variety of disciplinary perspectives that focus on units of analysis ranging from individuals to industries. In addition, the series welcomes purely methodological contributions, as well as edited volumes of original essays.