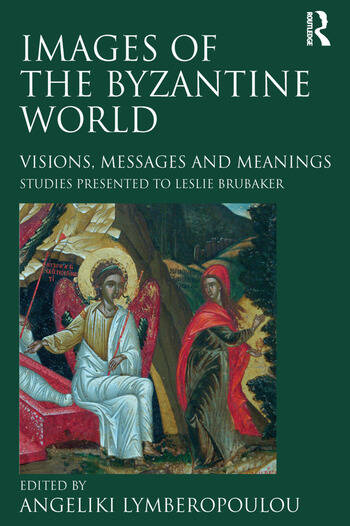 The main themes of this volume are the identification of 'visions', 'messages', and 'meanings' in various facets of Byzantine culture and the possible differences in the perception of these visions, messages and meanings as seen by their original audience and by modern scholars. The volume addresses the methodological question of how far interpretations should go - whether there is a tendency to read too much into too little or whether not enough attention is paid to apparent minutiae that may have been important in their historical context. As the essays span a wide chronological era, they also present a means of assessing the relative degrees of continuity and change in Byzantine visions, messages and meanings over time. Thus, as highlighted in the concluding section, the book discusses the validity of existing notions regarding the fluidity of Byzantine culture: when continuity was a matter of a rigid adherence to traditional values and when a manifestation of the ability to adapt old conventions to new circumstances, and it shows that in some respects, Byzantine cultural history may have been less fragmented than is usually assumed. Similarly, by reflecting not just on new interpretations, but also on the process of interpreting itself, the contributors demonstrate how research within Byzantine studies has evolved over the past thirty years from a set of narrowly defined individual disciplines into a broader exploration of interconnected cultural phenomena.

Contents: Leslie Brubaker: Biography and Published Works, Kallirroe Linardou; Preface, Angeliki Lymberopoulou; 'Seeing's believing but feeling's the truth': touch and the meaning of Byzantine art, Liz James; Memories of buildings? Messages in late antique architectural representations, Maria Cristina Carile; 'And the mother did not spare the baby in her breast' or searching for meaning in tecnoctonia and tecnophagy, Dionysios Stathakopoulos; The anxiety of images: meanings and material objects, Averil Cameron; Messages, meanings and metamorphoses: the icon of the Transfiguration of Zarzma, Antony Eastmond; Messages in context: the reading of sermons in Byzantine churches and monasteries, Mary B. Cunningham; 'The teaching of the ladder': the message of the Heavenly Ladder image in Sinai ms. gr. 417, Kathleen Corrigan and Nancy P. Sevcenko; Visions and meanings: personifications in Octateuch cycles, Maja Kominko; 'Signs and symbols of your always victorious reign'. The political ideology and meaning of falconry in Byzantium, Henry Maguire; Messages in the landscape: searching for Gregory Nazianzenos in Cappadocia (with two excursions to the Canli Kilise), Robert Ousterhout; New visions of old meanings: Paris gr. 135 and some anti-Latin visual implications, Kallirroe Linardou; The Noli Me Tangere icon at the British Museum: vision, message and reality, Angeliki Lymberopoulou, Lynne Harrison and Janet Ambers; Byzantine 'visions' of the Ottoman empire: theories of Ottoman legitimacy by Byzantine scholars after the fall of Constantinople, Konstantinos Moustakas; Conclusions, Chris Wickham; Index.

Angeliki Lymberopoulou is Lecturer in Art History at The Open University, UK