Images of the Wildman in Southeast Asia
An Anthropological Perspective 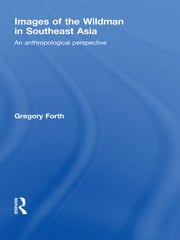 Images of the Wildman in Southeast Asia: An Anthropological Perspective

The book examines ‘wildmen’, images of hairy humanlike creatures known to rural villagers and other local people in Southeast Asia and elsewhere. Sometimes described in considerable detail, the creatures are reported as still living or as having survived until recent times. The aim of the book is to discover the source of these representations and their status in local systems of knowledge, partly in relation to distinct categories of spiritual beings, known animals, and other human groups. It explores images of the wildman from throughout Southeast Asia, focusing in particular on the Indonesian islands, and beyond, including the Asian mainland, Africa, North America, Africa, Australia, and Oceania.

The book reveals how, in Southeast Asia and elsewhere, ‘wildmen’ cannot readily be explained as imaginary constructs rooted in cultural values and social institutions, nor as simply another kind of ‘spirit’. Also critically examined is a view of such figures as fundamentally similar expressions of a pan-human mental ‘archetype’. Forth concludes that many Asian and African figures are grounded in experience or memories of anthropoid apes supplemented by encounters with ethnic others. Representations developed among European immigrants (including the North American ‘sasquatch’) are, in part, similarly traceable to an indirect knowledge of primates, informed by long-standing European representations of hairy humans that have coloured western views of non-western peoples and which may themselves originate in ancient experience of apes. At the same time, the book demonstrates how Indonesian and other Malayo-Polynesian images cannot be explained in the same way, and explores the possibility of these reflecting an ancient experience of non-sapiens hominins.

1. Introduction  2. The Story of Ebu Gogo  3. Other Florenese Hominoids  4. Other Eastern Islands  5. The ‘Short Man’ (Orang Pendek) of Sumatra  6. Wildmen of Western Indonesia and Mainland Southeast Asia  7. Other Asian Hominoids  8. Outside Asia 9. Pacific Images 10. What Were the Ebu Gogo?

Gregory Forth is a Professor in the Department of Anthropology at the University of Alberta, Canada.

"In Forth’s conclusions to this well-written, solid, groundbreaking exercise in ethnozooology and comparative epistemology two remarkable things stand out. First there s his unorthodox, refreshing openness to the possibility that he various hominoid fi gures he studies are not completely fictitious but are derivative of empirical realities, with some accretion of fantastic elements. Secondly, and complimentarily, in view of the resemblances between images from many parts of the world, he stresses the possibility of the wildman as a pan-human or universal image, ‘a universal archetype of human thought existing quite independently of empirical referents’ (p. 205)" -  Raymond Corbey, Tilburg University and Leiden University, 2009

"This book is the fruit of long-term fieldwork, library research, and regional comparison-making in a special ethnological arena. Prof. Forth’s remit is wide, and his scholarly scope is correspondingly deep...[T]his book is a scholarly and intellectual tour de force in the grand traditions of comparative enquiry in mainstream anthropology. It is also an eloquent testimony to the stimulus of field materials, indicating how an interest in ebu gogo tales among the Nage led Forth into such a sweeping, original, and thoughtful comparative odyssey." - Andrew Strathern and Pamela J. Stewart, Anthropos 105.2010

"Forth’s thesis does need to be taken seriously. What he succeeds in doing, in the best tradition of comparative anthropological investigation, is to provide us with a wealth of cultural material that raises new questions about the status of the images of 'wildmen', and encourages anthropology to devote more attention to what has hitherto been a neglected field of study" - Victor T. King, University of Leeds, UK, Folklore, December 2010

"A comprehensive study of an interesting topic in folklore, anthropology, and zoology.  Summing Up: Recommended.  Upper-division undergraduates and above." - R. Fritze, CHOICE (December 2009)