Imagination and the Imaginary 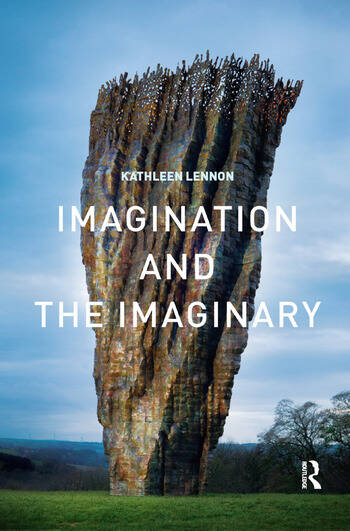 Imagination and the Imaginary

The concept of the imaginary is pervasive within contemporary thought, yet can be a baffling and often controversial term. In Imagination and the Imaginary, Kathleen Lennon explores the links between imagination - regarded as the faculty of creating images or forms - and the imaginary, which links such imagery with affect or emotion and captures the significance which the world carries for us.

Beginning with an examination of contrasting theories of imagination proposed by Hume and Kant, Lennon argues that the imaginary is not something in opposition to the real, but the very faculty through which the world is made real to us. She then turns to the vexed relationship between perception and imagination and, drawing on Kant, Merleau-Ponty and Sartre, explores some fundamental questions, such as whether there is a distinction between the perceived and the imagined; the relationship between imagination and creativity; and the role of the body in perception and imagination. Invoking also Spinoza and Coleridge, Lennon argues that, far from being a realm of illusion, the imaginary world is our most direct mode of perception. She then explores the role the imaginary plays in the formation of the self and the social world.

A unique feature of the volume is that it compares and contrasts a philosophical tradition of thinking about the imagination - running from Kant and Hume to Strawson and John McDowell - with the work of phenomenological, psychoanalytic, poststructuralist and feminist thinkers such as Merleau-Ponty, Sartre, Lacan, Castoriadis, Irigaray, Gatens and Lloyd. This makes Imagination and the Imaginary essential reading for students and scholars working in phenomenology, philosophy of perception, social theory, cultural studies and aesthetics.

Kathleen Lennon is Professor of Philosophy in the School of Politics, Philosophy and International Studies at the University of Hull, UK. Her most recent publications include the co- authored books The World the Flesh and the Subject (2005) and Theorizing Gender (2002), and the co-edited volume Embodied Selves(2013).

"...I take Lennon’s book to be an important addition to the philosophical literature, and she helps to advance our understanding of some difﬁcult and often contested philosophical ter-rain. In the course of synthesizing a vast interdisciplinary collection of works relating to the imaginary, she presents a clear and careful picture of the imaginary and its role in our experience of the world." - Amy Kind, Claremont McKenna College, Mind

"Kathleen Lennon's new monograph joins a growing number of studies reclaiming the imagination from the dominance of a rationalist positivism. It marks the steps that have brought us toward modern concepts of the imagination, the Imaginary, and both body and social imaginaries… The book's strength is the clarity of the conceptual history it lays out as it illuminates the complexity and conceptual resonances of "the imaginary texture of real" (p. 3). " - Jennifer A. Wagner-Lawlor, Pennsylvania State University, Notre Dame Philosophical Reviews

"At once accessible and substantial, Lennon's book ranges productively from Kant to Sartre and Merleau-Ponty, and on to psychoanalysis and critical social theory. Especially fruitful is the exploration of the common ground between phenomenology and psychoanalysis, a heritage that is too easily forgotten today, and the very productive links between the imaginary and affect, which make a strong contribution to contemporary debates on the affective turn." - Charles Shepherdson, University at Albany - State University of New York, USA

"Kathleen Lennon’s book Imagination and the Imaginary introduces the essentials on the history of the modern concept of imagination within phenomenology, supplemented by psychoanalysis and postmodern theories. Lennon provides a thorough examination of the different ways in which imagination, the imaginary, and the imaginings of the world have been articulated, and her book ought to be a primary steppingstone in any exploration of these concepts." - Anders Essom-Stenz and Tone Roald, University of Copenhagen