Imagination from Fantasy to Delusion 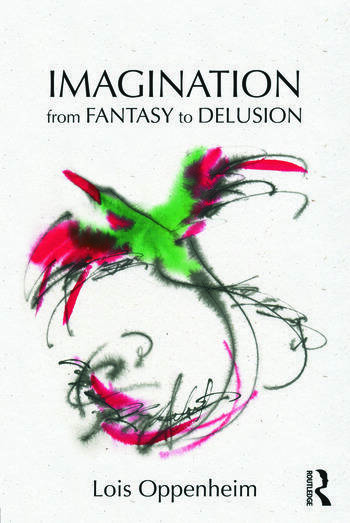 Imagination from Fantasy to Delusion

In Imagination from Fantasy to Delusion, Lois Oppenheim illustrates the enhancement of self that creativity affords, the relationship of imagination to the self as agent. The premise of this book is twofold: First, that the imaginary is real. Where it differs from what we commonly take to be reality is in structure and in form. The imaginary of art, for example, is not illusionary for it is phenomenologically describable and even depictable, as demonstrated by the self-reflexive efforts of modernist painters and writers. No less real than the imaginary of art, and thus fantasy, is the imaginary of delusion, ascertainable in the very function it serves. Though fundamentally different, fantasy and delusion do share a significant feature: a preoccupation with agency. Second is that change, the enhancement of self through an increase in agency, is facilitated by the biology of reward: The pleasure of increased self-cohesion—the efficacy acquired through knowledge of, and the attribution of meaning to, the world—is ultimately the sine qua non of imaginative thought.

Oppenheim emphasizes the idea that imagination generates knowledge. Our sensory systems, like our higher cognitive functions, give the human brain knowledge to maintain the homeostatic balance required for survival and to enrich the sense of self required for agency. And, she suggests, imagination is a function of their doing so. Moreover, she explores the construct by which we apprehend the workings of imagination—fantasy—and considers in what the mental imagery that endows it consists, how fantasy may be transmitted transgenerationally, and how delusion can be an impediment to imagination while also being a product of it. Additionally, she likens psychoanalysis to the making of art as a process of acquiring knowledge and looks at creativity itself as a coming-to-know.

Throughout this book, there run several opposing threads. The first is that of the intra- and interpsychic psychoanalytic paradigms. This theoretical contrast bears on our understanding of aesthetic experience as sublimatory versus object relational and on our understanding of the construction of meaning. A second opposition resides in the notion of agency (with its implication of self-cohesion) which has everything to do with ego function and, seemingly, the usefulness of "unconscious fantasy," a cornerstone of psychoanalysis now thrown into question by the postmodern favoring of dissociation over repression and other mechanisms of defense. Last, but no less significant, is the contrast interwoven between the empiricism of neuroscience and the metaphysics of philosophical thought. Oppenheim's underlying effort is to explore the validity of these oppositions, which seem not to hold as steadfastly as we tend to suppose.

Introduction. Part I: "Imagination Dead Imagine." Whence the Image? The Phenomenology of Fantasy. "Insighting" in Psychoanalysis and Art. Part II: Monkey See, Monkey Do. The Transgenerational Transmission of Fantasy. The Anxiety of Influence Revisited: Artists of Artist Parents. Part III: The "Blindness of the Seeing Eye." Creativity: Friend and Foe. Neurobiologic and Psychodynamic Concordances: "Transference" and "Countertransference" in Art. Conclusion.

Lois Oppenheim, Ph.D., is Distinguished Scholar, Professor of French, and Chair of the Department of Modern Languages and Literatures at Montclair State University, where she teaches courses in both literature and applied psychoanalysis. She has published over 80 papers and authored or edited 10 previous books, the most recent being A Curious Intimacy: Art and Neuro-Psychoanalysis and The Painted Word: Samuel Beckett's Dialogue with Art. She is Scholar Associate Member of the New York Psychoanalytic Society and Institute and Honorary Member of the William Alanson White Society. She has also been a Visiting Scholar at the Psychiatric Institute of the Columbia Presbyterian Medical Center, on the Boards of The Philoctetes Center for the Multidisciplinary Study of Imagination and the UK Network for Modern Fiction Studies, and a past president of the international Samuel Beckett Society. Her interview series, "Conversations with…," at the New York Psychoanalytic Society and Institute is a popular forum for discussions on creativity. She is co-creator of the documentary film on mental health stigma (currently in production) called The Madness Project.

"This fascinating, illuminating book provides a psychoanalytic cornucopia of observations and theories relevant to imagination. The consideration of diverse phenomena (e.g., aesthetics, fantasy, and trauma) and new concepts of memory stimulate and expand contemporary thought and inquiry. Dr. Oppenheim notes that imagination is part of the information processing function of the human mind. Her book exemplifies the pleasurable aspect of imagination which increases self-agency and self-cohesion. The inclusion of interviews of artists adds an intimate, vivid discourse at the intersection of personality and creativity. The reader will appreciate the distinguished author and scholar's exposition of the psychobiology of the brain's reward system, while being rewarded by her creative endeavors." - Harold P. Blum, M.D., Training and Supervising Analyst, Institute for Psychoanalytic Education

"Lois Oppenheim has written an important and inspired book that uses her broad interdisciplinary knowledge to render a linking of art, philosophy, and neuropsychoanalysis. In her previous work she has written deeply insightful studies of Paul Klee, Samuel Beckett, and Martha Graham. In her work she is advancing a theory of creativity that is not limited to applied psychoanalysis, or reductionist neuroscience. It is an unusual multi-aspectual view of imagination, fantasy and its intergenerational transfer, creativity, and artistic process. The reader will be both challenged and delighted as this book brings forth its enriched and novel point of view. The author’s case studies of the artist children of artists are fascinating, insightful and engaging. Remarkable is the elegance and clarity of her writing; she renders complex ideas lucid, understandable, and above all interesting."  - David D. Olds, M.D., Training and Supervising Analyst , Columbia University Center for Psychoanalytic Training and Research; Co-Editor, Neuropsychoanalysis