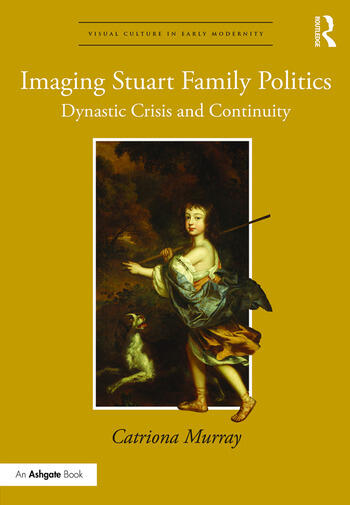 From conception onwards, Stuart offspring were presented to their subjects through texts, images and public celebrations. Audiences were exhorted to share in their development, establishing affective bonds with the royal family and its latest additions. Yet inviting the public into Stuart domestic affairs exposed them to intense scrutiny and private interactions were endowed with public dimensions. Images of royal children had the potential both to support and to undermine dynastic messages. In Imaging Stuart Family Politics, Catriona Murray explores the promotion of Stuart familial propaganda through the figure of the royal child. Bringing together royal ritual, court portraiture and popular prints, she offers a distinctive perspective on this crucial dimension of seventeenth-century political culture, exploring the fashioning and dismantling of reproductive imagery, as well as the vital role of visual display within these dialogues. This wide-ranging study will appeal to scholars of Stuart cultural, political and social history.

Catriona Murray is a lecturer in the History of Art at the University of Edinburgh.

"Murray’s book is unique in following this politicized domestic image of the English Stuarts all the way from James I’s accession to the reign of his great-granddaughter, Anne. It is also clearly a study—as it sets out to be—of the place of dynasty within images of monarchy, and discusses, in detail, not only the direct role and representation of each individual monarch, but also the immediate heirs to the throne and the "junior" and "rival" heirs as well."

"An impressive book, both for its high level of original research, and for its balance of academic sophistication with accessibility. ...This book is a must-read for scholars of British court studies, dynastic politics, and portraiture, but it also holds marked interest and benefit for those interested in ritual and ceremonial, the role and rights of royal women, and the political power of posthumous imagery, memory, and nostalgia."

'Murray offers a lucid and fascinating account of the relationship between representation and dynastic politics by focussing on visual depictions of the "heirs and spares" of Stuart and Hanoverian Britain. Drawing on a very wide range of portraits, prints and documentary sources, this important study shows that historians should not dismiss the on-going political significance of the procession of "lost hopes" that the Stuart family - and the nation - endured over the course of the seventeenth and eighteenth centuries. Murray shows how the continuing memorialisation of lost Princes, especially Henry, Prince of Wales and Henry, Duke of Gloucester, brought them undying roles as models or "mirrors" of ideal Protestant kingship. Since none of these figures had faced the reality of rule, the uncompromised ideals that they represented were impossible to live up to; their memories served as a critique of surviving descendants and their governments, expressed in the rueful proverb that asked how things might be better "Did not Good Prince Henry die".'

'Murray's book provides a compelling account of the potent visual, ceremonial and textual representations of royal progeny - dynasty - in the Stuart period. She convincingly demonstrates how these representations were strategically crafted and deployed to promote political agendas and royal sovereignty. These were not static images made to passively record family and issue. As Murray shows, they were living images of dynastic ambition that necessitated, in varying degrees, both continuity and transformation, being re-negotiated to respond to the changing political landscape. Combining insightful iconographic analyses of portraits, vivid ceremonial accounts, relish in material display and a nuanced understanding of the complex political situation, this far-reaching book is a welcome contribution to the literature on the Stuart court.'

"There is no getting away from the fact that the book is a beautifully illustrated and well-written book."