Imagining India as a Global Power
Prospects and Challenges 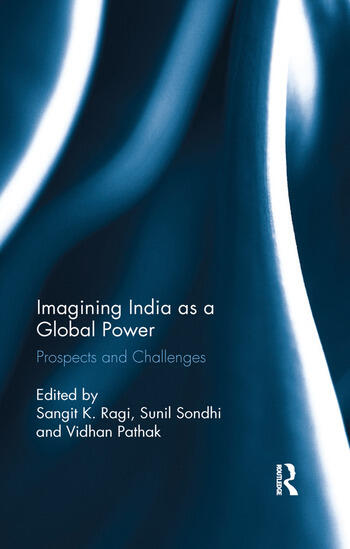 Imagining India as a Global Power: Prospects and Challenges

This book provides a comprehensive understanding of the various dimensions of India’s international positioning and foreign relations. Already a dominant player in South Asian politics, India has gained a strong footing in the international pecking order with the signing of the Indo-US nuclear agreement and significant support for its claim for a permanent seat in the Security Council. The chapters presented here look at myriad aspects — India’s relations with its neighbours and global powers farther afield including the US, the European Union, Russia and China; India’s policies, influences and strengths; developments in economy, knowledge and innovation amid evolving global realities as well as geostrategic equations and alliances; its present and future plans vis-à-vis its standing in the world; and how international politics is likely to emerge in the coming years.

is Principal, Maharaja Agrasen College, University of Delhi, India. Earlier, he was Reader at Rajdhani College, University of Delhi. He has had visiting fellowships at Queen’s University, Kingston, Canada; University of Toronto; National Institute of Science, Technology and Development Studies, New Delhi; and George Washington University, USA. He has received many prestigious national and international research awards and has authored several books and research articles on issues such as international politics, security and development, terrorism and India’s foreign policy.