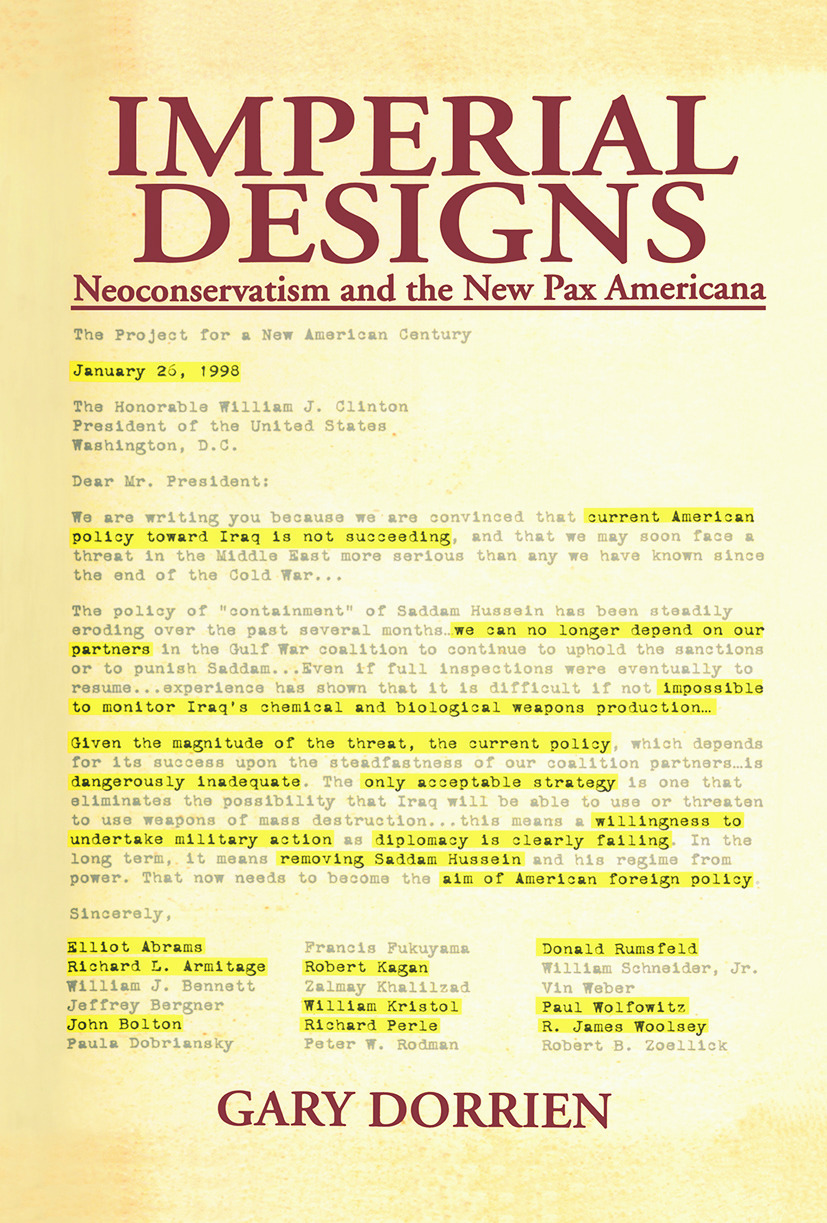 This work argues that the influence of neoconservatives has been none too small and all too important in the shaping of this monumental doctrine and historic moment in American foreign policy. Through a fascinating account of the central figures in the neoconservative movement and their push for war with Iraq, he reveals the imperial designs that have guided them in their quest for the establishment of a global Pax Americana.

"…a prolific author whose writings include two volumes in an acclaimed series on American liberal Christianity and a decade-old book on neoeonservative ideology, thoroughly rehearses the movement of the ideas and people operating the U.S. foreign policy machinery. In an astonishingly comprehensive discussion of the neoconservatives' rise to power, Dorrien identifies the major players who devised the grand strategy of unipolarism, which calls for America to assert itself as the preeminent global power in the post-Cold War world…" - The Christian Century

Gary Dorrien is the Parfet Distinguished Professor at Kalamazoo College. An Episcopal priest, he is the author of eleven books and over one hundred articles that range across the fields of theology, philosophy, social theory, politics, ethics, and history. His recent two volumes, The Making of American Liberal Theology, have been lauded by numerous reviewers as the definitive study of American theological liberalism.