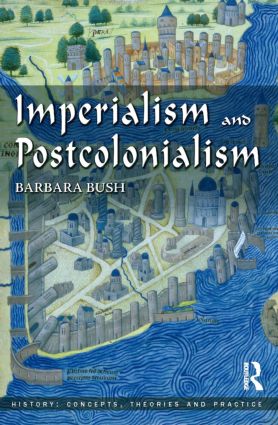 This account of imperialism explores recent intellectual, theoretical and conceptual developments in imperial history, including interdisciplinary and post-colonial perspectives. Exploring the links between empire and domestic history, it looks at the interconnections and comparisons between empire and imperial power within wider developments in world history, covering the period from the Roman to the present American empire.

The book begins by examining the nature of empire, then looks at continuity and change in the historiography of imperialism and theoretical and conceptual developments. It covers themes such as the relationship between imperialism and modernity, culture and national identity in Britain.

Suitable for undergraduates taking courses in imperial and colonial history.

"Barbara Bush has taken up a remarkable challenge. Through significant case studies, she has produced a strikingly original and formidably wide-ranging examination of the conceptual and theoretical approaches which help us to understand the forms of imperial authority that have shaped our world. The cumulative effect is indeed impressive, and the book will be invaluable to all those who wish to understand globalization and the power relationships which underlie it."

"A very accomplished and welcome initiative…it can be recommended to students as perhaps the best among numerous recent, partly competing texts."

''This book's combination of comparativism with case studies, framed by an interdisciplinary approach, will make it essential introductory reading for undergraduates and postgraduates in history and literature for some time to come.''

Barbara Bush is a Professor of Imperial History at Sheffield Hallam University, UK. Her key publications include Slave Women in Caribbean Society, 1650-1838 (1990), which was selected as a Choice Book of the Year in 1991; Imperialism, Race and Resistance:Africa and Britain, 1919-1945,(1999) and ‘Gender and Empire: The Twentieth Century’ in Gender and Empire, Oxford History of the British Empire, Companion Series (2004) edited by Philippa Levine.