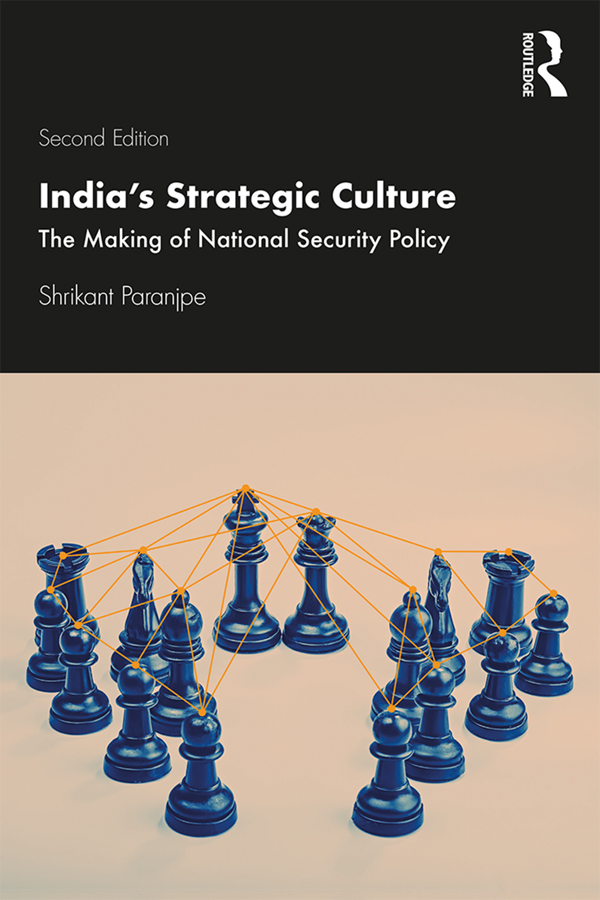 This book provides a comprehensive understanding of the evolution of India’s strategic culture in the era of globalisation. It examines dominant themes that have governed India’s foreign and security policy and events which have shaped India’s role in global politics.

With extensive additions, drawing on recent developments, this edition of the book will be a key text for scholars, teachers and students of defense and strategic studies, international relations, history, political science and South Asian studies.

Shrikant Paranjpe is Honorary Adjunct Professor at the Department of Defence and Strategic Studies, University of Pune. He is also a Research Fellow, Centre for Military Studies, Faculty of Military Science, Stellenbosch University, South Africa. He was a Jawaharlal Nehru National Fellow (ICSSR) and Professor in the Department of Defence and Strategic Studies, and Director Yashwantrao Chavan National Centre of International Security and Defence Analysis (YCNISDA), Savitribai Phule Pune University. He was a Fulbright Fellow (Post-Doctoral, Research) at the George Washington University, Washington D.C. and a Visiting Professor at Colorado College, Colorado Springs. He publications include India and South Asia since 1971 (1985); US Non-proliferation Policy in Action: South Asia (1987); Parliament and the Making of Indian Foreign Policy: A Study of Nuclear Policy (1997) and Internal Security and Role of the State: Managing Conflicts in India (2019).