This book focuses on the key technologies, challenges, and research directions of the Industrial Internet of Things (IIoT). It provides a basis for discussing open principles, methods, and research problems, and provides a systematic overview of the state-of-the-art research efforts, directions, and potential challenges associated with IIoT.

covers how industry automation is projected to be the largest and fastest-growing segment of the market. It explores the collaborative development of high-performance telecommunications, military, industrial, and general-purpose embedded computing applications, and offers a systematic overview of the state-of-the-art research efforts and new potential directions.

Researchers, academicians, and professionals working in this inter-disciplinary area will be interested in this book.

Anand Sharma, received his Ph.D. degree in Engineering from MUST, Lakshmangarh, MTech from ABV-IIITM, Gwalior and BE from RGPV, Bhopal. He has been working with Mody University of Science and Technology, Lakshmangarh for last 10 years. He has more than 14 years of experience of teaching and research. He has been invited to several reputed institutions ISI-Kolkata, IIT-Mumbai, IIT-Jodhpur, IIT-Delhi, RTU-Kota etc. He has pioneered research in areas of Information Security, IoT, WBAN and Machine Learning. He is a member of IEEE, IET, ACM, IE(India), Life Member of CSI and ISTE. He is serving as secretary of CSI-Lakshmangarh Chapter and Student Branch Coordinator of CSI-MUST Student branch. He has more than 6 authored/edited books with national and international publishers. He has contributed more than 10 book chapters in books of reputed publishers. He has organized more than 15 conferences / seminars and workshops. He has chaired more than 8 special sessions and delivered 6 Keynote addresses in international conferences. He is serving on advisory capacity in several international journals as Editorial Member and in International Conferences as Technical Programme committee / Organizing committee.

Sunil Kumar Jangir received his B.E. (Information Technology) with honors from the University of Rajasthan in July 2009. He received the M.Tech. degree with highest distinction in Software Engineering from Suresh Gyan Vihar University, Jaipur and the Ph.D. degree in Computer Science & Engineering from Jecrc University, Jaipur. He is having 12+ years of teaching experience in the field of Computer science & Engineering. He has published more than 35 research papers in national and international conferences and journals. He has contributed more than 05 book chapters in books of reputed publishers. He is a member of IET, ACM and IEEE Dr. Jangir serves as a convener of 1st and 2nd ICITDA, 1st- NCITSA,Convener of JECRC Hackathon 1.0 and nominated 4 time as Institute SPOC for Smart India Hackathon. Dr. Jangir chaired no. of sessions in various international Conferences. He is currently an Associate Professor with the Department of Computer Science & Engineering, University Institute of Engineering, Chandigarh University in Mohali, India. Dr. Jangir Currently serving IEEE Student Branch Counselor. Dr. Jangir Currently served IEEE Student Branch Faculty coordinator of MUST. He was Asscoiated with CSI-India in past. The main area of his research interest includes Computer Networks, Machine learning, Deep learning as well as routing protocols for ad- hoc networks. Currently, he is working in the area of IoT.

received the B.Tech. degree in Applied Electronics and Instrumentation Engineering from Biju Patnaik University, Rourkela, India, in 2010 and the M.Tech. Degree in Biomedical Engineering from the Manipal Univesity, Udupi, India, in 2013. He received Ph.D. degree in Electrical and Electronics Engineering, Birla Institute of Technology, Mesra, Ranchi, India, 2019. Worked as a research associate in the Indian Institute of Technology, Patna, India. He is currently an Assistant Professor with the Department of Biomedical Engineering, Mody University of Science and Technology,Sikar, Rajasthan, India. His areas of interest are Medical Image Processing, Signal Processing, Machine Learning and Nature Inspired Techniques.

is currently working as an Assistant Professor in the Department of Computer Science & Engineering, Indian Institute of Information Technology Bhagalpur, India since 9th November 2020. He worked as an Assistant Professor (Senior) in the School of Computer Science and Engineering, Vellore Institute of Technology, Vellore, India during 13th May 2019 to 06th November 2020, Worked as an Assistant Professor (On Contract) in NIT Patna, India during 30th March 2017 to 09 May 2019. He has worked as an Asst. Prof. in Lakshmi Narain College of Technology (L.N.C.T), Bhopal, India and Oriental College of Technology (O.C.T), Bhopal, India. He has more than 9 years of teaching and research experiences. He received his Ph.D. in Engineering from Birla Institute of Technology (B.I.T), Mesra, Ranchi, India in 2018. He received his M.Tech degree in Computer Science and Engineering and B.E. degree in Information Technology from RGPV Bhopal, India in 2012 and 2010 respectively. He is an author of 2 books, 1 copyrights grant and has more than 45 reputed research publications in international journals, book chapters and conference proceedings. He has also one project as a Co-PI funded by TEQUIP Collaborative Research Scheme. He is guiding 02 Ph.D. students, has guided many PG and UG projects. He has conducted several FDP/Workshop. He has delivered many expert talks as well as attended in FDP/Workshop/Conferences. He has been also the member of the organizing and technical program committees of many conferences and Workshop. He has reviewed many research papers in reputed journal/conferences/book chapters. He is the lifetime members of several professional bodies. His research interests include Artificial Intelligence, Machine Learning, Deep Learning, Data Science, Soft Computing, Pattern Recognition, Bioinformatics, Data Mining, Database Management System, and IoT, etc.

is Founder and CEO of Tishitu Electronics deals with Industrial , Govt and commercial product development and Tishitu Technology and research private Ltd. deals with educational expertise where in team of 80 Professional connected in India and Abroad . Tishitu is registered with MSME iStart Rajasthan, Certified with ISO accreditation system with Scotland UK, & well renowned name in the domain of Engineering. He has developed Hydrogen Fuel Cell for green energy fuel generation "HHO Home gas" 2010-2016. He also worked with company Omega Electronics Jaipur for various Educational products like "Digital computer interface simulators for digital electronics" "VLSI kit for learning VHDL and Verilog programs to embedded in environment with Xilinx for CPLD and FPGA interface. 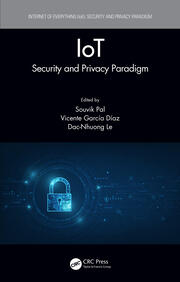