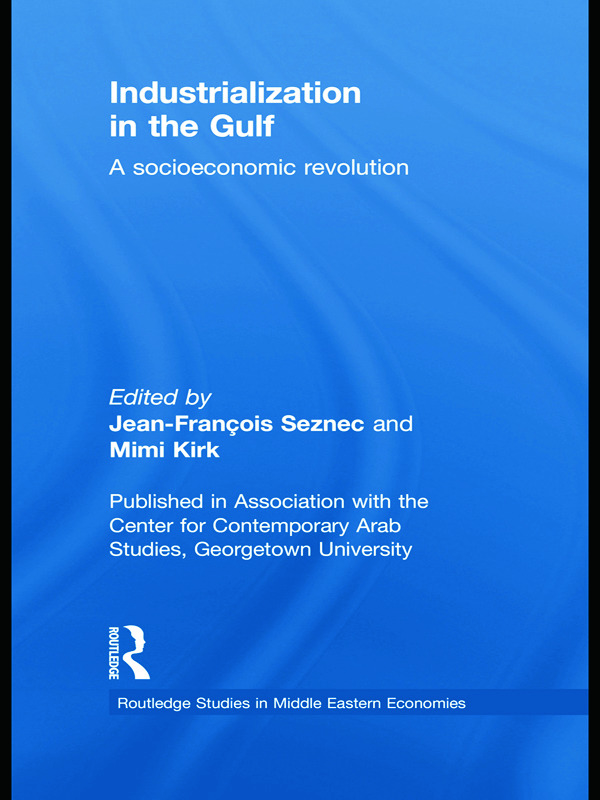 Industrialization in the Gulf

In recent years, we have witnessed huge economic and socio-political change in the Gulf. This book examines the rapid industrialization of the region and how local economies are starting to diversify away from petroleum, exploring how this transformative process is starting to impact on the region’s economy and social make-up.

With contributions from some of the top scholars and practitioners in the area, this book discusses crucial topics related to the region’s transformation, from issues of economic development and relations with Iran to foreign labour and women’s education and work outside the home. Chapters explore how in addition to the massive growth in investments and products such as oil, gas, chemicals, metals, and cement, this growth has triggered numerous societal changes, such as labour migration, educational reforms, declining natality, and shifting gender roles.

Covering in detail a broad range of issues, this book will appeal not only to Middle East experts, particularly those with an interest in the Persian Gulf, but also to development experts and political scientists.

Jean-Francois Seznec is Visiting Professor at the Center for Contemporary Arab Studies, Georgetown University, and is Senior Advisor to PFC Energy in Washington, D.C. His research centres on the influence of the Arab-Persian Gulf’s political and social variables on the financial and oil markets in the region, with a focus on industrialization of the Gulf and, in particular, the growth of the petrochemical industry.

Mimi Kirk is Multimedia and Publications Editor atthe Center for Contemporary Arab Studies, Georgetown University. She has a B.A. in anthropology from Haverford College and an M.A. in cultural studies from Emory University, where she focused her research on Islamic and French colonial architecture in the city of Fès, Morocco.

This series provides up to date overviews and analysis of the region's economies. The approaches taken are not confined to a particular approach and include analysis of growth and future development, individual country studies, oil, multinational enterprises, government policy, financial markets and the region's role in the world economy.