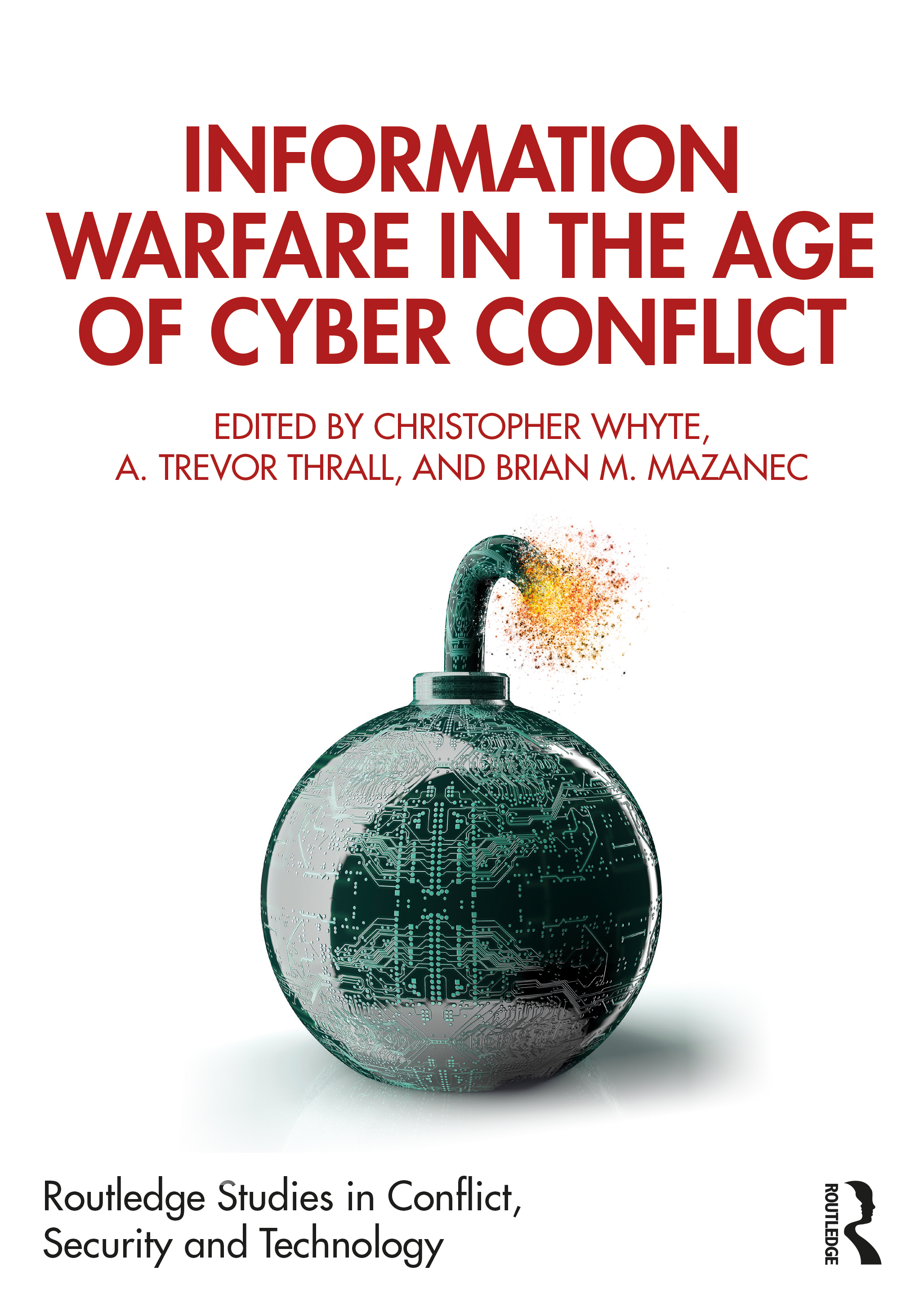 Information Warfare in the Age of Cyber Conflict

This book examines the shape, sources and dangers of information warfare (IW) as it pertains to military, diplomatic and civilian stakeholders.

Cyber warfare and information warfare are different beasts. Both concern information, but where the former does so exclusively in its digitized and operationalized form, the latter does so in a much broader sense: with IW, information itself is the weapon. The present work aims to help scholars, analysts, and policymakers understand information warfare within the context of cyber conflict. Specifically, the chapters in the volume address the shape of influence campaigns waged across digital infrastructure and in the psychology of democratic populations in recent years by belligerent state actors, from the Russian Federation to the Islamic Republic of Iran. In marshalling evidence on the shape and evolution of information warfare as a broad-scoped phenomenon aimed at societies writ large, the authors in this book present timely empirical investigations into the global landscape of influence operations, legal and strategic analyses of their role in international politics, and insightful examinations of the potential for democratic process to overcome pervasive foreign manipulation.

This book will be of much interest to students of cyber-security, national security, strategic studies, defence studies and International Relations in general.

Part I: The nature, history and correlates of information warfare in the age of cyber conflict

3. A brief history of fake: Surveying Russian disinformation from the Russian empire through the cold war to the present Aaron F. Brantly

4. The Ideological battlefield: China’s approach to political warfare and propaganda in an age of cyber conflict Elsa B. Kania

6. Bear market? Grizzly steppe and the American marketplace of ideas A. Trevor Thrall and Andrew Armstrong

10. Might or Byte(s): On the safeguarding of democracy in the digital age Christopher Colligan

11. On the organization of the U.S. Government for responding to adversarial information warfare and influence operations Herbert Lin

14. How deep the rabbit hole goes: Escalation, deterrence and the ‘deeper’ challenges of information warfare in the age of the internet Christopher Whyte

is Associate Professor in the Schar School of Policy and Government at George Mason University, USA, and a Senior Fellow at the Cato Institute, USA.

is Professor at Missouri State University’s Department of Defense and Strategic Studies, USA.

The Studies in Conflict, Technology and Security series aims to publish challenging studies that map the terrain of technology and security from a range of disciplinary perspectives, offering critical perspectives on the issues that concern publics, business and policymakers in a time of rapid and disruptive technological change.