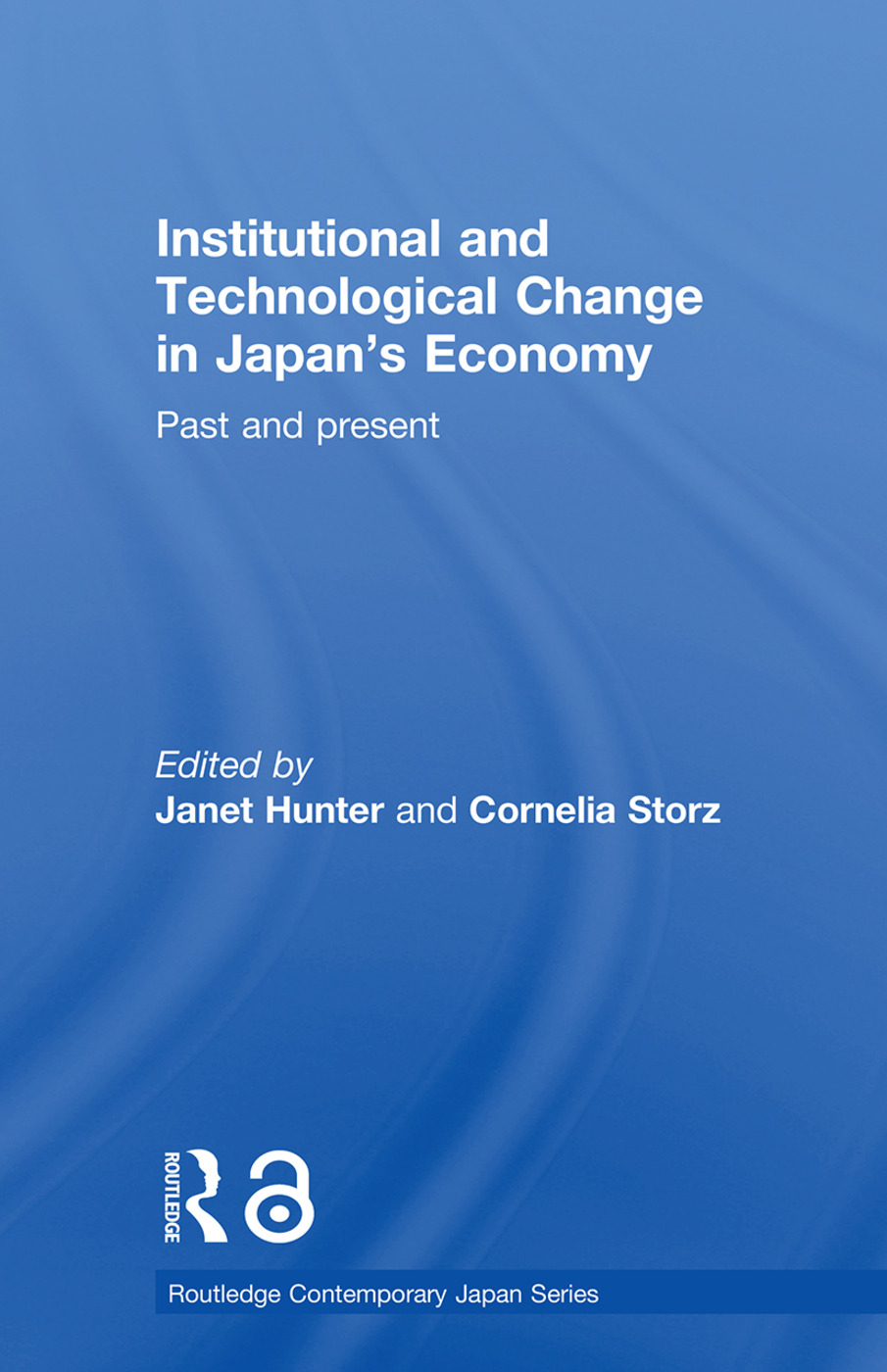 Past and Present, 1st Edition

In this book, leading economists and economic historians of Japan examine a range of key issues concerning institutional and technological change in Japan, rigorously using discipline-based tools of analysis, and drawing important conclusions as to how the process of change in these areas actually works.

In applying these ideas to Japan, the writers in this volume are focusing on an issue which is currently being much debated in the country itself, and are helping our understanding of the world’s second-largest economy.

Janet Hunter is Saji Professor of Economic History at the London School of Economics and Political Science. She has published widely on modern Japanese economic history, particularly on the development of the female labour market, and is working on a history of the country’s communications.

Cornelia Storz is Professor of Japanese Economics at the Faculty of Economics and the Centre for Japanese Studies, University of Marburg. Her research focuses on the comparison of economic systems; genesis and change in institutions (especially institutional change in Japan); comparative institutional analysis; entrepreneurship and the modern Japanese economy.