This book is written to teach undergraduate students and those working in chemical fields outside analytical chemistry how contemporary analytical instrumentation works, as well as its uses and limitations. Mathematics is kept to a minimum. No background in calculus, physics, or physical chemistry is required. The major fields of modern instrumentation are covered, including applications of each type of instrumental technique.

James W. Robinson earned his BS (Hons), PhD, and DSc from the University of Birmingham, England.  Robinson began his career with the British Civil Service as a senior scientific officer before immigrating to the United States in 1955, completing a one-year term as a research associate at LSU. From 1956 to 1964, he worked in research labs at both Esso Corp. and Ethyl Corp., and in 1964 joined the LSU Department of Chemistry as an associate professor. He became professor in 1966 and retired as professor emeritus in 1993.  Robinson’s pioneering research in analytical chemistry and atomic spectroscopy led to the first comprehensive book, Atomic Absorption Spectroscopy, the text Undergraduate Instrumental Analysis (now in its 7th edition).  He published more than 200 peer-reviewed manuscripts and mentored 45 graduate students, many of whom have enjoyed notable careers. He was executive editor of Spectroscopy Letters, the Journal of Environmental Science and Health, the Handbook of Spectroscopy and the Practical Handbook of Spectroscopy.  He was recognized as a Fellow of the Royal Chemical Society, selected for the American Institute of Chemistry’s Honor Scroll, a Guggenheim Fellowship, and received the Gold Medal Award of the New York Section of the Society of Applied Spectroscopy.  He was a visiting distinguished professor at University of Colorado in 1972 and University of Sydney, Australia in 1975. He served as the Gordon Conference Chairman in Analytical Chemistry in 1974.  Professor Emeritus James W. Robinson passed away in November, 2018, at 95 years of age.

Eileen M. Skelly Frame was adjunct professor, Department of Chemistry and Chemical Biology, Rensselaer Polytechnic Institute (RPI), Troy, NY, and head of Full Spectrum Analytical Consultants. Dr.  Skelly Frame was the first woman commissioned from the Drexel University Army ROTC program. She graduated from Drexel summa cum laude in chemistry.  She served as Medical Service Corps officer in the U.S. Army from 1975 to 1986, rising to the rank of Captain. For the first five years of her military career, Eileen was stationed at the 10th Medical Laboratory at the U.S. Army Hospital in Landstuhl Germany. Thereafter, she was selected to attend a three-year Ph.D program in Chemistry at Louisiana State University. She received her doctorate in 1982 and became the first female Chemistry Professor at the U.S. Military Academy at West Point.  Following her military service, she joined the General Electric Corporation (now GE Global Research) and supervised the atomic spectroscopy laboratory.  In addition to her duties at RPI, she was Clinical and Adjunct Professor of Chemistry at Union College in Schenectady, NY.  She was well known for her expertise in in the use of instrumental analysis to characterize a wide variety of substances, from biological samples and cosmetics to high-temperature superconductors, polymers, metals, and alloys.  She was an active member of the American Chemical Society for 45 years, and a member of several ASTM committees.  Dr. Skelly Frame passed away in January of 2020, shortly after completion of this manuscript.

is a retired scientific director, Chemical Biomonitoring Section of the Wadsworth Laboratory, New York State Department of Health, Albany. He has a wide range of experience in analytical chemistry and has worked at the GE Corporate R&D Center (now GE Global Research), Pfizer Central Research, the US Coast Guard R&D Center, the Maine Medical Center, and in the US Air Force Biomedical Sciences Corps. He is a member of the American Chemical Society. Dr. Frame earned his AB in chemistry from Harvard College, Cambridge, Massachusetts, and his PhD in analytical chemistry from Rutgers University, New Brunswick, New Jersey. 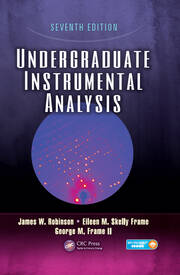 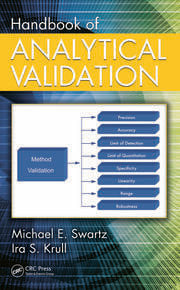 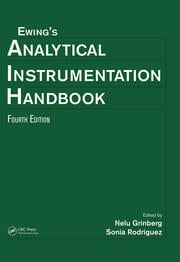