Integration of WSNs into Internet of Things
A Security Perspective

Integration of WSNs into Internet of Things: A Security Perspective

The Internet has gone from an Internet of people to an Internet of Things (IoT). This has brought forth strong levels of complexity in handling interoperability that involves the integrating of wireless sensor networks (WSNs) into IoT. This book offers insights into the evolution, usage, challenges, and proposed countermeasures associated with the integration.

Focusing on the integration of WSNs into IoT and shedding further light on the subtleties of such integration, this book aims to highlight the encountered problems and provide suitable solutions. It throws light on the various types of threats that can attack both WSNs and IoT along with the recent approaches to counter them.

This book is designed to be the first choice of reference at research and development centers, academic institutions, university libraries, and any institution interested in the integration of WSNs into IoT. Undergraduate and postgraduate students, Ph.D. scholars, industry technologists, young entrepreneurs, and researchers working in the field of security and privacy in IoT are the primary audience of this book.

Chapter 3. Overview of Ubiquitous Computing and a Modern Look in Current Times

Chapter 9. A New Algorithm Proposed for the Disaggregation of Loads in the Smart Grid Context

Chapter 10. A Security Paradigm of WSN, IoT and CPS: Challenges and Solutions

Chapter 12. Enabling Technologies, Attacks and Machine Learning based Countermeasures for IoT and IIoT

Chapter 13. Applications of AI and ML in IoT

Chapter 15. Challenges and Vulnerabilities of WSNs based IoT in Healthcare and Medical industry

Dr. Sudhir Kumar Sharma is currently a Professor and Head of the Department of Computer Science, Institute of Information Technology & Management affiliated to GGSIPU, New Delhi, India. He has extensive experience for over 21 years in the field of Computer Science and Engineering. He obtained his Ph.D. degree in Information Technology from USICT, GGSIPU, New Delhi, India. Dr. Sharma obtained his M. Tech degree in Computer Science & Engineering in 1999 from the Guru Jambheshwar University, Hisar, India and M.Sc. degree in Physics from the University of Roorkee (now IIT Roorkee), Roorkee, in 1997. His research interests include Machine Learning, Data Mining, and Security. He has published more than 50 research papers in various prestigious International Journals and International Conferences. He is a life member of CSI and IETE. Dr. Sharma is lead guest editor of special issue in Multimedia Tools & Applications, Springer. He was a convener and volume Editor of ICETIT-2019 and ICRIHE-2020. He authored and edited 5 computer science books in the field of Internet of Things, WSN, Block Chain and Cyber Physical Systems of Springer, Elsevier, CRC Press, USA. He was selected as a reviewer /editorial board member for several reputed international journals. He has also served as a speaker, session chair or co-chair at various National and International Conferences.

Mr. Bharat Bhushan is an Assistant Professor of Department of Computer Science and Engineering (CSE) at School of Engineering and Technology, Sharda University, Greater Noida, India. He is an alumnus as well as a Ph.D. scholar of Birla Institute of Technology, Mesra. He received his Undergraduate Degree (B-Tech in Computer Science and Engineering) with Distinction in 2012 and received his Postgraduate Degree (M-Tech in Information Security) with Distinction in 2015 from Birla Institute of Technology, Mesra, India. He earned numerous international certifications such as Cisco Certified Network Associate (CCNA), Cisco Certified Entry Networking Technician (CCENT), Microsoft Certified Technology Specialist (MCTS), Microsoft Certified IT Professional (MCITP) and Cisco Certified Network Professional Trained (CCNP). In the last three years, he has Published more than 80 research papers in various renowned International conferences and SCI indexed journals including Wireless Networks (Springer), Wireless Personal Communications (Springer), Sustainable Cities and Society (Elsevier) and Emerging Transactions on Telecommunications (Wiley). He has contributed with more than 20 book chapters in various books and is currently in the process of editing 7 books from the most famed publishers like Elsevier, IGI Global, and CRC Press. He has served as a Reviewer/Editorial Board Member for several reputed international journals including IEEE Access, IEEE Communication Surveys and Tutorials and Wireless Personal Communication (Springer). He has also served as Speaker and Session Chair at more than 15 National and International Conferences. His current research interests include Wireless Sensor Networks (WSNs), Internet of Things (IoT) and Blockchain technology. In the past, he worked as an assistant professor at HMR Institute of Technology and Management, New Delhi and Network Engineer in HCL Infosystems Ltd., Noida. He has qualified GATE exams for successive years and gained the highest percentile of 98.48 in GATE 2013. He is also a member of numerous renowned bodies including IEEE, IAENG, CSTA, SCIEI, IAE and UACEE. 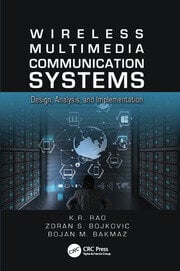 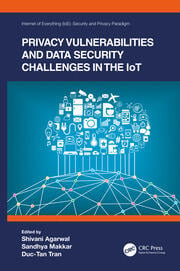