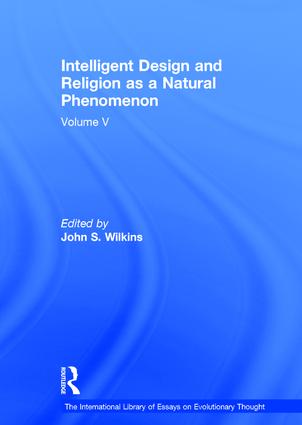 Intelligent Design and Religion as a Natural Phenomenon

Over the past decade a strident public debate has arisen about the nature and origin of religions. Controversies include how exactly religion evolved, whether by individual or group selection, if it is adaptive, and if not, whether and how it is a side effect of evolution. This volume focuses on the issue of naturalizing religion: on the ways in which cognitive science and social sciences have treated religion as a natural phenomenon. It questions whether religious behaviour, institutions, and experiences can be explained in natural terms.Â The editor brings together some of the best published work on the definition of 'religion', intelligent design and the evolution of religion.

The International Library of Essays on Evolutionary Thought

The International Library of Essays on Evolutionary Thought