Video has rich information including meta-data, visual, audio, spatial and temporal data which can be analysed to extract a variety of low and high-level features to build predictive computational models using machine-learning algorithms to discover interesting patterns, concepts, relations, and associations. This book includes a review of essential topics and discussion of emerging methods and potential applications of video data mining and analytics. It integrates areas like intelligent systems, data mining and knowledge discovery, big data analytics, machine learning, neural network, and deep learning with focus on multimodality video analytics and recent advances in research/applications.

El-Sayed M. El-Alfy is currently a Professor with the Information and Computer Science Department, King Fahd University of Petroleum and Minerals (KFUPM), Saudi Arabia. He is also affiliated with the University Interdisciplinary Research Center for Intelligent Secure Systems (IRC-ISS). He has over 25 years of experience in industry and academia, involving research, teaching, supervision, curriculum design, program assessment, and quality assurance in higher education. He is an approved ABET/CSAB Program Evaluator (PEV), and a Reviewer and a Consultant for NCAAA and several universities and research agents in various countries. He is an active Researcher with interests in fields related to machine learning and nature inspired computing and applications to data science and cybersecurity analytics, pattern recognition, multimedia forensics, and security systems. He has published numerously in peer-reviewed international journals and conferences, edited a number of books published by reputable international publishers, attended and contributed in the organization of many world-class international conferences, and supervised master and Ph.D. students. He is a senior member of IEEE and was also a member of ACM, the IEEE Computational Intelligence Society, the IEEE Computer Society, the IEEE Communication Society, and the IEEE Vehicular Technology Society. His work has been internationally recognized and received a number of awards. He has served as a Guest Editor for a number of special issues in international journals, and been on the editorial board of a number of premium international journals.

received the B.S. degree in mathematics and the M.S. degree in computer science from the University of Crete, Crete, Greece, in 1987 and 1991, respectively, and the Ph.D. degree in electrical and computer engineering from the University of Central Florida, Orlando, FL, USA, in 1996. He is currently a Foundation Professor with the Department of Computer Science and Engineering (CSE), University of Nevada, Reno (UNR), Reno, NV, USA, and the Director of the Computer Vision Laboratory. From 2013 to 2018, he served as a Department Chair of CSE, UNR. His research has been funded by NSF, NASA, ONR, NIJ, and Ford Motor Company. His research interests include computer vision, image processing, pattern recognition, machine learning, and evolutionary computing. Dr. Bebis is an Associate Editor of the Machine Vision and Applications Journal and serves on the Editorial Board of the International Journal on Artificial Intelligence Tools, the Pattern Analysis and Applications, and the Computer Methods in Biomechanics and Biomedical Engineering: Imaging and Visualization. He has served on the program committees of various national and international conferences and the Founder/main Organizer of the International Symposium on Visual Computing.

received his B.S. degree in Control Engineering from Nanjing University of Science and Technology, Nanjing, China in 1983, M.S. degree in Automatic Control from Beijing Institute of Technology, Beijing, China in 1986, and Ph. D. degree in Computer and Systems Engineering from Rensselaer Polytechnic Institute, Troy, NY in 1990. He joined New Jersey Institute of Technology (NJIT), Newark, NJ in 1990, and is now a Distinguished Professor of Electrical and Computer Engineering. His research interests are in Petri nets, intelligent automation, Internet of Things, big data, web services, and intelligent transportation. He has over 900 publications including 12 books, 600+ journal papers (500+ in IEEE TRANSACTIONS), 29 patents and 29 book-chapters. He is the founding Editor of IEEE Press Book Series on Systems Science and Engineering and Editor-in-Chief of IEEE/CAA Journal of Automatica Sinica. He is a recipient of Humboldt Research Award for US Senior Scientists from Alexander von Humboldt Foundation, Franklin V. Taylor Memorial Award and the Norbert Wiener Award from IEEE Systems, Man and Cybernetics Society. He is founding Chair/Co-chair of Enterprise Information Systems Technical Committee (TC), Environmental Sensing, Networking, and Decision-making TC and AI-based Smart Manufacturing Systems TC of IEEE SMC Society. He has been among most highly cited scholars for years and ranked top one in the field of engineering worldwide in 2012 by Web of Science/Thomson Reuters and now Clarivate Analytics. He is a life member of Chinese Association for Science and Technology-USA and served as its President in 1999. He is a Fellow of International Federation of Automatic Control (IFAC), American Association for the Advancement of Science (AAAS), Chinese Association of Automation (CAA) and National Academy of Inventors (NAI). 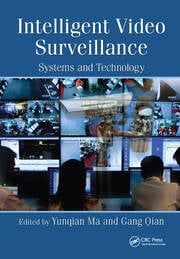 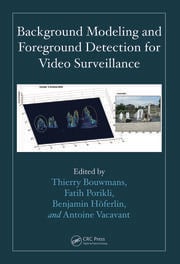 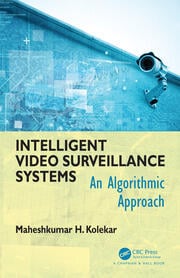