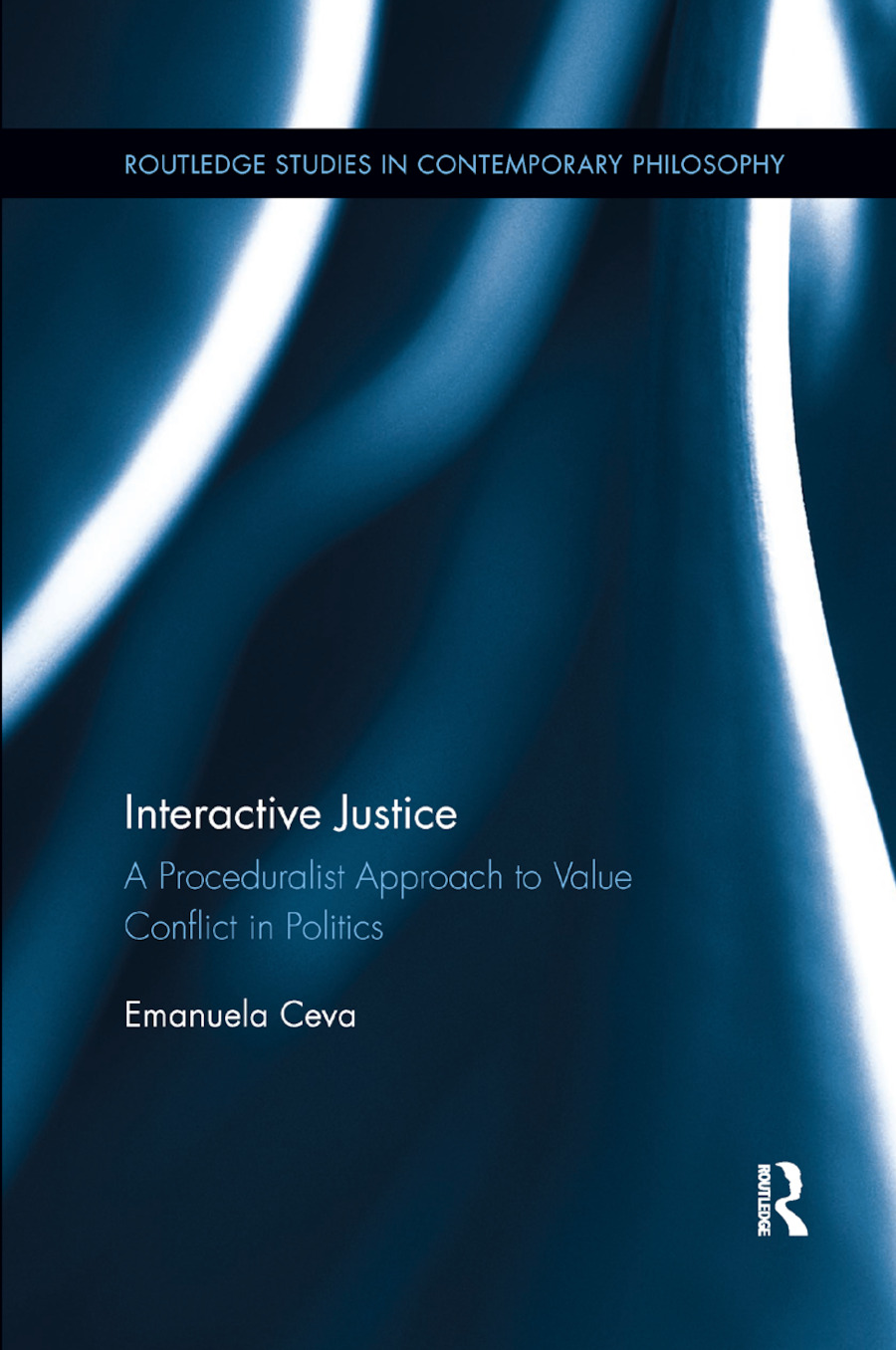 A Proceduralist Approach to Value Conflict in Politics, 1st Edition

Contemporary societies are riddled with moral disputes caused by conflicts between value claims competing for the regulation of matters of public concern. This familiar state of affairs is relevant for one of the most important debates within liberal political thought: should institutions seek to realize justice or peace? Justice-driven philosophers characterize the normative conditions for the resolution of value conflicts through the establishment of a moral consensus on an order of priority between competing value claims. Peace-driven philosophers have concentrated, perhaps more modestly, on the characterization of the ways in which competing value claims should be balanced, with a view to establishing a modus vivendi aimed at containing the conflict.

Interactive Justice addresses an important question related to this debate: on what terms should the parties interact during their conflict for their interaction to be morally acceptable to them? Although largely unexplored by political philosophers, this is a main area of concern in conflict management. Building on a proceduralist interpretation of "relational" concerns of justice, the author develops a liberal normative theory of interactive justice for the management of value conflict in politics grounded in the fundamental values of fair hearing and procedural equality. This book innovatively builds a bridge between works in political philosophy and peace studies to propose a fresh lens through which to view the normative responses liberal institutions ought to give to value conflict in politics, and moves beyond the apparent dichotomy between pursuing end-state justice through conflict resolution or peace through conflict containment.

Part I: Justice and Value Conflict in Politics

1. Value Conflict in Politics as a Circumstance of Interactive Justice

Part II: Conflict Management and the Procedural Theorization about Justice

3. Procedural and Outcome Theories of Justice

4. Proceduralism and the Management of Value Conflict

Part III: Interactive Justice for the Management of Value Conflict: A Procedural Conception

6. Just Conflict Management in Practice: The Role of Understanding

Emanuela Ceva is Associate Professor of Political Philosophy at the University of Pavia. She has held visiting positions at Oxford, St. Andrews, Montréal. She works on value conflict, democracy, and corruption. Recent articles have appeared in Social Theory and Practice, Journal of Social Philosophy, Journal of Applied Philosophy, Politics, Philosophy & Economics.