Written by experts with a combined 50 years of experience teaching and researching in the field of domestic abuse, Intimate Partner Violence: Effective Procedure, Response, and Policy provides practical instruction for practitioners and lay people responding to domestic violence, as well as ideas for policymakers working to create solutions to the violence. Narratives by victims of intimate partner abuse provide a framework from which students and practitioners can assess address problems of domestic abuse.

This book focuses on what can be practically done to address the problem of domestic violence for individual practitioners as well as policymakers, lawmakers, and criminal justice practitioners.

Elicka Peterson-Sparks, Ph.D., is an Associate Professor of Criminal Justice and Criminology in the Department of Government and Justice Studies at Appalachian State University in Boone, North Carolina. Dr. Peterson-Sparks’ research focuses on victimology, the criminogenic impact of religion, domestic violence, and homicide. She has published scholarly articles on homicide, domestic violence, sex offending, jury decision-making, juvenile justice, actuarial justice, mentoring, police response to intimate partner violence, and criminological theory, and her research has appeared in criminological journals such as Theoretical Criminology, Homicide Studies, Punishment & Society, The Criminal Justice Law Review, and The Journal of Criminal Justice Education. Dr. Peterson-Sparks is the author of the book, The Devil You Know: The Surprising Link between Conservative Christianity and Crime. She is currently the co-principal investigator of a five-state ethnographic study of rural and interstate prostitution in the Southeast.

Kit Gruelle is a survivor of domestic violence and has worked as an advocate for battered women and their children for nearly 30 years. She started her work as a crisis-line volunteer in Durham, North Carolina in the mid-1980s at the Orange-Durham Coalition for Battered Women. In 1995, she created and coordinated the Bridges Program, a coordinated community response program (CCR), at Family Violence and Rape Crisis Services in Chatham County, North Carolina. In 2012, she completed her sociology degree (with a concentration in violence against women) at Appalachian State University. In 2001, she created the documentary film project Private Violence: The Movement against Battering in America. The feature-length film, Private Violence, directed by Cynthia Hill, premiered in January, 2014 at the Sundance Film Festival and on HBO on October 20, 2014 (it is currently nominated for an Emmy). Kit’s article, “Healing From Within: Physicians Responding to Battered Women” is the foreword to The Physicians Guide to Intimate Partner Abuse by Drs. Ellen Talliferro and Patricia Salber, and parts of her story were recently included in Marlo Thomas’ book It Ain’t Over.

Intimate Partner Violence is written from the perspective of those on the front lines of this most serious social challenge that affects so many in so many different ways—from the criminal to family court and child custody cases—with collateral issues like substance abuse and mental health problems. The authors are experienced in all aspects of the subject, making Intimate Partner Violence not only a first-rate textbook but also a great resource for those on the front lines in all fields that respond to domestic violence, the most serious and complex social challenge that we face.

Intimate Partner Violence is a masterful, experience-based and crystal-clear condensation of knowledge about domestic violence and how to stop it. The product of a unique collaboration between a top-flight researcher and a survivor and pioneer in our advocacy movement, the book exposes common myths about perpetrators and victims and offers practitioners, survivors and policy makers step-by-step guidance on how to build much needed bridges to safety, real accountability, dignity and the full equality without which our families and communities cannot thrive. 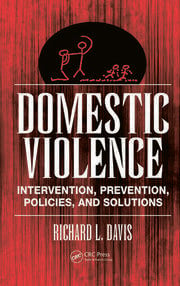 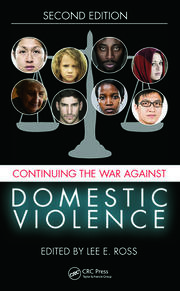