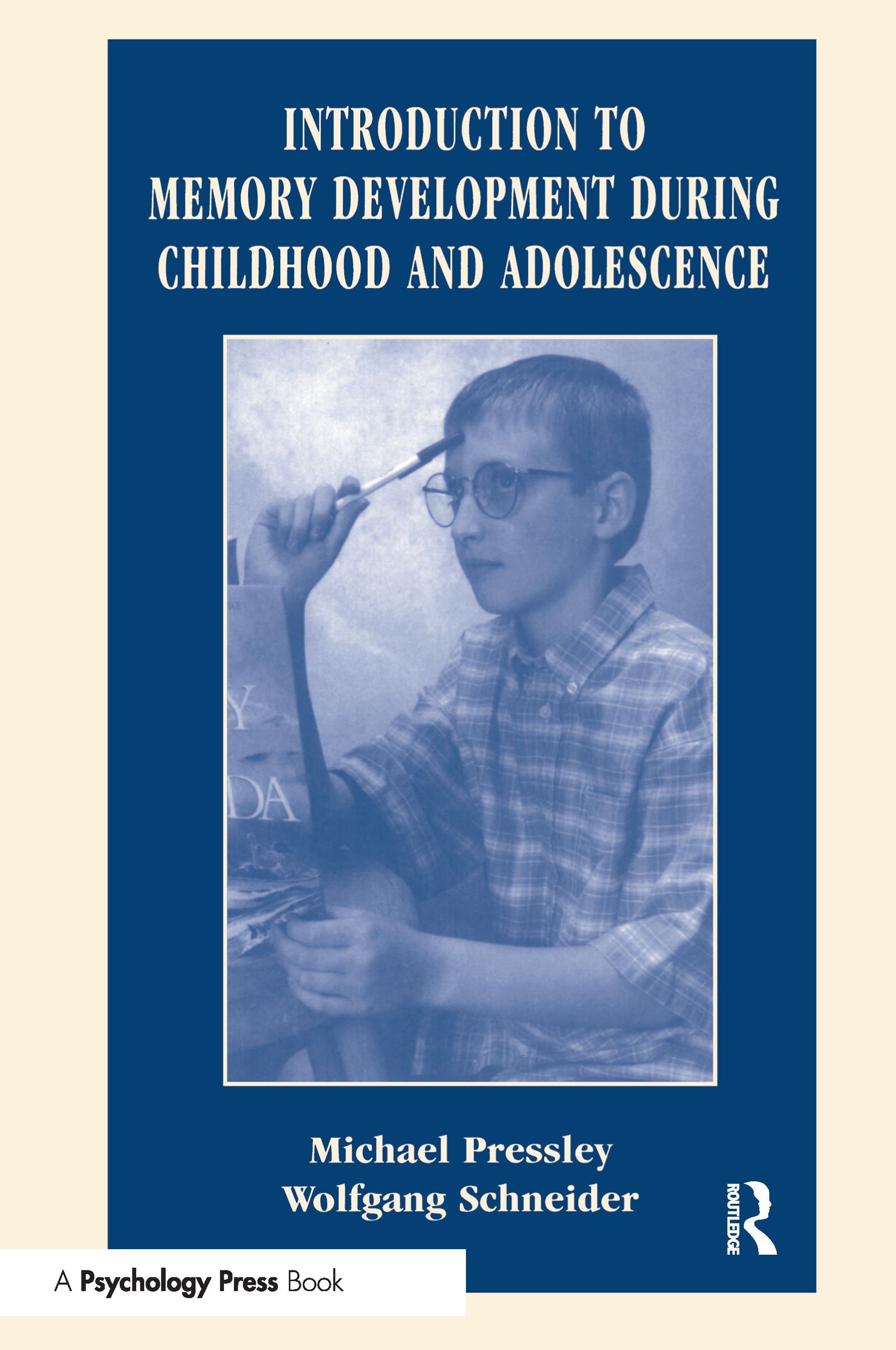 Introduction to Memory Development During Childhood and Adolescence

A comprehensive, yet succinct, summary of theory and research on memory development, this volume covers more than a century of research, including European, Soviet, and American contributions. Its organization in terms of basic memory capacities, knowledge, strategies, and metamemory reflects the way that the most important researchers in memory development have conceived of the field during the past two decades. At the same time, it emphasizes the perspective that memory development is not development of any of the components alone, but rather is due to developments in capacity, knowledge, strategies, and metamemory in interaction. As such, the book is appropriate for courses in child development, cognitive development, and cognition and memory--that is, wherever students have a need to know about how leading scholars view the development of memory and intellect.

"One of the best things about the book is the sense it gives of work in progress and of the currently interesting questions in research on memory development. It should stimulate students' interest in studying sources of more detailed research descriptions. The book also does an invaluable general service, in that more experienced researchers wishing to gain an overview of memory development could use it as an excellent brief summary of recent work….the book is remarkable for providing a cohesive and selective review of a huge area, without minimizing the difficulties in interpretation and methodology."