Introduction to Nutrition and Metabolism equips readers with an understanding of the scientific basis of what we call a healthy diet. Now in its sixth edition, this highly recognized textbook provides clear explanations of how nutrients are metabolized and gives the principles of biochemistry needed for comprehending the science of nutrition.

This full-color textbook explores the need for food and the uses to which food is put in the body, as well as the interactions between health and diet. Outlining the scientific basis behind nutritional requirements and recommendations, this new edition has been extensively revised to reflect current knowledge.

Following its predecessors, this sixth edition is relevant to any student or practitioner interested in how diet influences our health, including in the fields of nutrition, dietetics, medicine and public health.

David A. Bender was educated at North Ealing Primary School and Greenford County

in England from 1965 to 1968. He joined the Courtauld Institute of Biochemistry at the

Middlesex Hospital Medical School as a research assistant in 1968, was appointed as a

amino acids) from the University of London in 1971. The Middlesex Hospital Medical

School merged with University College London (UCL) in 1987, and he became a member

of the Department of Biochemistry and Molecular Biology at UCL. He was appointed as

He retired from UCL in 2011, with the title of Emeritus Professor. From 1994 until retirement,

he was the assistant faculty tutor to the medical students, and from 1998 he was

biochemistry, and he was a member of the working group on vitamins that formed part of

Energy and Nutrients for the United Kingdom, the European Union expert committee that

and the Food Safety Authority of Ireland working party on Safe Micronutrient Levels.

In addition to research publications, he has also written a number of books, including:

Academy in Irvine, Scotland, before undertaking undergraduate studies at Glasgow

University. She moved to Aberdeen University in 1991 to study for a PhD. This was

University Medical School, Japan, before she joined the Nutrition and Dietetics Teaching

University in Aberdeen. Shauna continues to teach student nutritionists and dietitians at

Robert Gordon University, with a particular interest in metabolism and its relationship

Amy Hess Fischl, MS RDN LDN BC-ADM CDCES(University of Chicago Medical Center)  **Description** This sixth edition of a primer of nutritional biochemistry, coming seven years after the last edition, builds on previous content to include key emerging areas of nutrition research, specifically the gut microbiome and epigenetics.*Purpose** The purpose is to enable readers to gain a working knowledge of how nutrients are metabolized and how they influence our metabolic status since these boiling blocks of knowledge are key to our relationship with food. Nutritional biochemistry is crucial to our understanding of the scientific basis behind eating principles. The book meets these objectives.**Audience** The book is written for "those using this information in their studies," which I consider to be nutrition students and nutrition practitioners. The book meets the needs of this audience. The lead author has been part of this book since the first edition. The second author also appears to be a credible authority as a nutrition lecturer and professor.**Features** The eleven chapters cover the key topics in nutritional biochemistry: micronutrients, enzymes and metabolic pathways, the role of ATP, digestion and absorption, metabolism of the macronutrients. The first chapter also delves into why we eat and spends a little time discussing religion, cultural differences, availability, and social status, which is a practical way to lay the framework for the information the book provides. The chapter on diet and health adds nutrition genomics to the conversation as well. While the book is laden with key content, the lead author also provides an additional resource on a website he controls called "The Virtual Tutorial." This has interactive exercises to help readers understand the metabolism of energy, carbohydrate, lipids, and protein. The author suggests that the exercises can be completed alone or in a group "gathered around the same computer." While the website is not formally part of the book, it does appear that it would be helpful for readers to test their knowledge in a more tangible way.**Assessment** This book is a perfectly acceptable option for students who are required to take a nutritional biochemistry course. Given the time between editions, this update is justified.--Weighted Numerical Score: 73 - 3 Stars 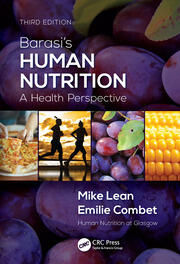 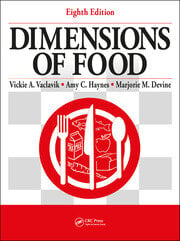 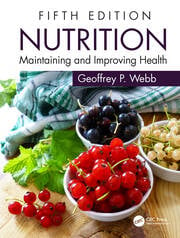