Introduction to Recognition and Deciphering of Patterns

Introduction to Recognition and Deciphering of Patterns

Introduction to Recognition and Deciphering of Patterns is meant to acquaint STEM and non-STEM students with different patterns, as well as to where and when specific patterns arise. In addition, the book teaches students how to recognize patterns and distinguish the similarities and differences between them.

Patterns, such as weather patterns, traffic patterns, behavioral patterns, geometric patterns, linguistic patterns, structural patterns, digital patterns, and the like, emerge on an everyday basis, . Recognizing patterns and studying their unique traits are essential for the development and enhancement of our intuitive skills and for strengthening our analytical skills. Mathematicians often apply patterns to get acquainted with new concepts--a technique that can be applied across many disciplines.

Throughout this book we explore assorted patterns that emerge from various geometrical configurations of squares, circles, right triangles, and equilateral triangles that either repeat at the same scale or at different scales. The book also analytically examines linear patterns, geometric patterns, alternating patterns, piecewise patterns, summation-type patterns and factorial-type patterns. Deciphering the details of these distinct patterns leads to the proof by induction method, and the book will also render properties of Pascal’s triangle and provide supplemental practice in deciphering specific patterns and verifying them.

• Readily accessible to a broad audience, including those with limited mathematical background

• Especially useful for students in non-STEM disciplines, such as psychology, sociology, economics and business, as well as for liberal arts disciplines and art students.

Michael also has publications in applied mathematics and related topics such as Neural Networking, Modelling Extinct Civilizations and Modelling Human Emotions. In addition, Michael organized numerous sessions on difference equations and applications at the annual American Mathematical Society meetings and presents his research at international conferences as the Conference on Mathematical Modelling and Analysis and the Volga Neuroscience Meeting. Recently Michael published four manuscripts on international pedagogy and has been invited as one of the keynote speakers at several international and interdisciplinary conferences such as the International Scientific Conference Society, Integration and Education held annually at the Rezekne Technical Academy in Latvia. Michael taught courses and conducted seminars on these related topics during his spring 2009 sabbatical at the Aegean University in Greece and during his spring 2016 sabbatical at Riga Technical University in Latvia. In addition, Michael taught a new course on "Introduction to Recognition of Patterns and Deciphering of Patterns" at Rezekne Technical Academy in Rezekne, Latvia in May 2019. Michael's aim  is to inspire students to learn.

Recently, Michael had the opportunity to implement his hands-on teaching and learning style in the courses that he regularly teaches at RIT and during his spring 2016 sabbatical in Latvia. This method confirmed to work very successfully for him and his students, kept the students stimulated and engaged and improved their course performance ([26], [23]).

During his spare time Michael spends time outdoors and is an avid landscape photographer. In addition, Michael is an active poet and has several published poems about nature in the LeMot Juste. Furthermore, Michael published an article on "Re-Photographing the Baltic Sea Scenery in Liepaja:

"Mathematics has been described as the study of formal patterns, and accordingly it is important for any student of mathematics to be familiar with a range of patterns. Radin is a faculty mathematician at the Rochester Institute of Technology with an interest in pedagogy. His book focuses on patterns of repeating geometric, arithmetic, and algebraic sequences. The material is carefully sequenced, from simple geometric patterns to periodic patterns of integers defined by recursive relations, at a level appropriate for high school students. Prerequisites include knowledge of combinations and mathematical induction; given these prerequisites, a student could use the book for independent study. Some terms used—for example, nonautonomous—are not defined, however. Topics include sequences and series of numbers, geometric patterns and fractals, Pascal's triangle, recursive relations, and periodic behavior of recursive sequences. Copius exercises reinforce the concepts of each chapter. A final chapter gives answers to all odd problems in earlier chapters. The bibliography lists research, expository, and pedagogical papers. An appendix summarizes the types of patterns discussed and provides useful summation formulas."
–Choice Review

"Mathematics is intimately connected to patterns. This text presents an interdisciplinary smorgasbord of mathematical patterns; in nature, in geometry and in algebra. Introduction to Recognition and Deciphering of Patterns is a good choice for a text to supplement the math program for exceptional high school students or as the back bone for a general education college mathematics course that can involve and integrate both STEM and non-STEM majors."
– Bernard Brooks, Professor, School of Mathematical Sciences, Rochester Institute of Technology 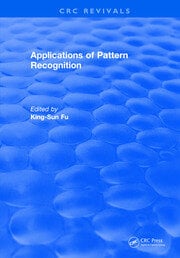