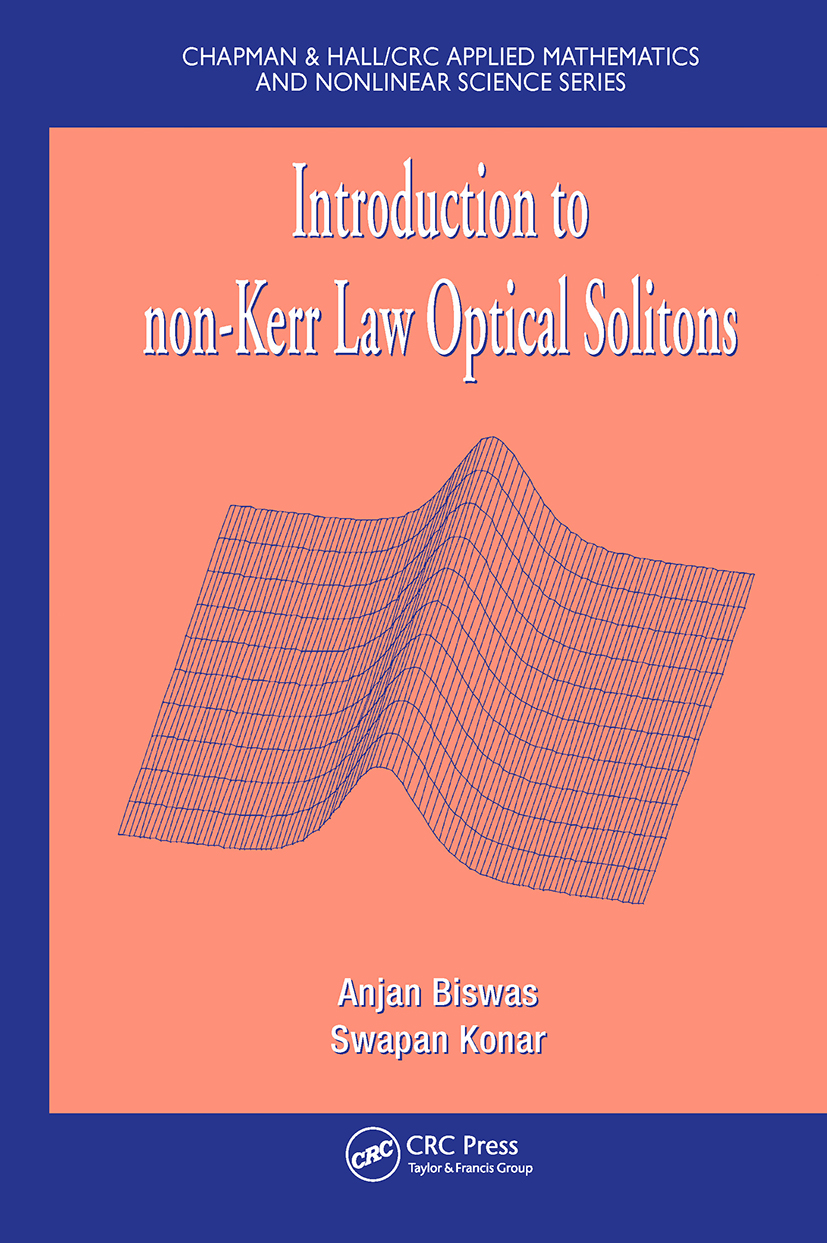 Despite remarkable developments in the field, a detailed treatment of non-Kerr law media has not been published. Introduction to non-Kerr Law Optical Solitons is the first book devoted exclusively to optical soliton propagation in media that possesses non-Kerr law nonlinearities.

After an introduction to the basic features of fiber-optic communications, the book outlines the nonlinear Schrödinger equation (NLSE), conserved quantities, and adiabatic dynamics of soliton parameters. It then derives the NLSE for Kerr law nonlinearity from basic principles, the inverse scattering transform, and the 1-soliton solution. The book also explains the variational principle and Lie transform. In each case of non-Kerr law solitons, the authors develop soliton dynamics, evaluated integrals of motion, and adiabatic dynamics of soliton parameters based on multiple-scale perturbation theory. The book explores intra-channel collision of optical solitons in both Hamiltonian and non-Hamiltonian type perturbations. In addition, it examines the stochastic perturbation of optical solitons, the corresponding Langevin equations, and optical couplers, followed by an introduction to optical bullets.

Dr. Anjan Biswas obtained his BSc (Honors) in mathematics fromSt. Xavier’s College, Calcutta, and subsequently earned his MSc and MPhil degrees in applied mathematics from the University of Calcutta, India. After that, he obtained his MA and PhD degrees in applied mathematics from the University of New Mexico, Albuquerque. His current research interests are in nonlinear optics, theory of solitons, plasma physics, and fluid dynamics. He is the author of 100 refereed journal papers and also serves as an editorial board member for three journals. Currently, he is an associate professor in the Department of Applied Mathematics and Theoretical Physics of Delaware State University in Dover.

Dr. S. Konar received his MSc degree in Nuclear Physics from University of Kalyani, India, in 1982. He earned an MTech in energy management. Dr. Konar has been awarded MPhil and PhD respectively in 1987 and 1990 by Jawaharlal Nehru University, New Delhi, India. At present, he is working as a professor of applied physics at Birla Institute of Technology, Mesra, Ranchi, India. His current research interest is in the field of photonics and optoelectronics, particularly classical solitons, soliton propagation in dispersionmanaged optical communication systems, nonlinear optical waveguide, induced focusing, self-focusing and all optical switching. He has published 64 research papers in international journals and presented 30 research papers in conferences.